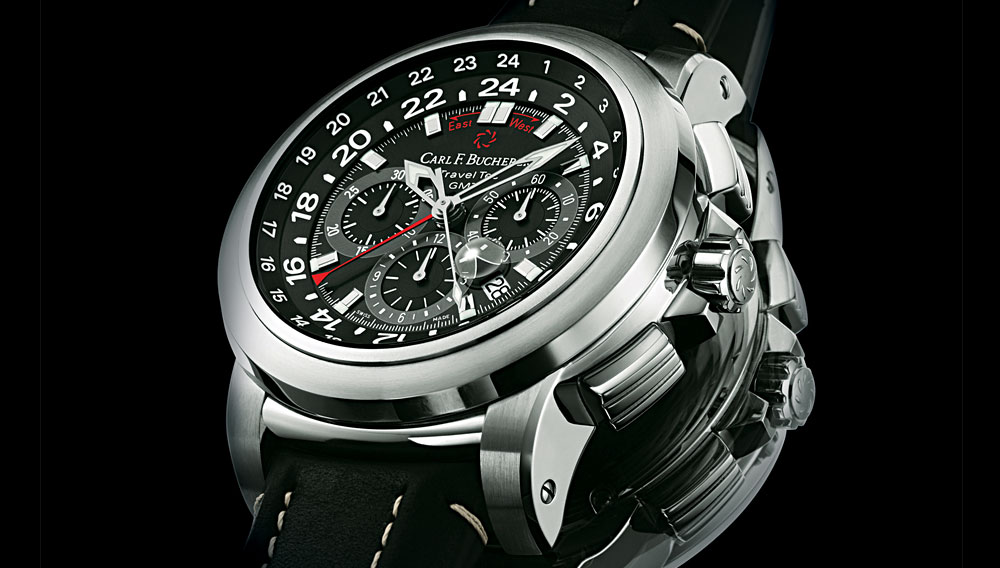 An obsession with original development—even before the brand really possessed the capacity to do such things—led Carl F. Bucherer to install its first autonomously developed mechanism not on the movement, but inside the case of its TravelTec GMT. Like many fledgling watch manufacturers, Bucherer was working in 2002 with a movement specialist, which it has since acquired, to produce what was then one of only two watches in the world with a GMT function operable through the crown. In order to deliver a watch with the touch of its own developer, who was then working alone, the company decided it would be more expedient, and interesting, to add an additional time zone as a completely separate system. A side pusher moves TravelTec’s third time zone on a rotating bezel. Carl F. Bucherer’s first original creation, a semicircular module in the side of the case, is displayed pridefully like any newborn through its own sapphire aperture.