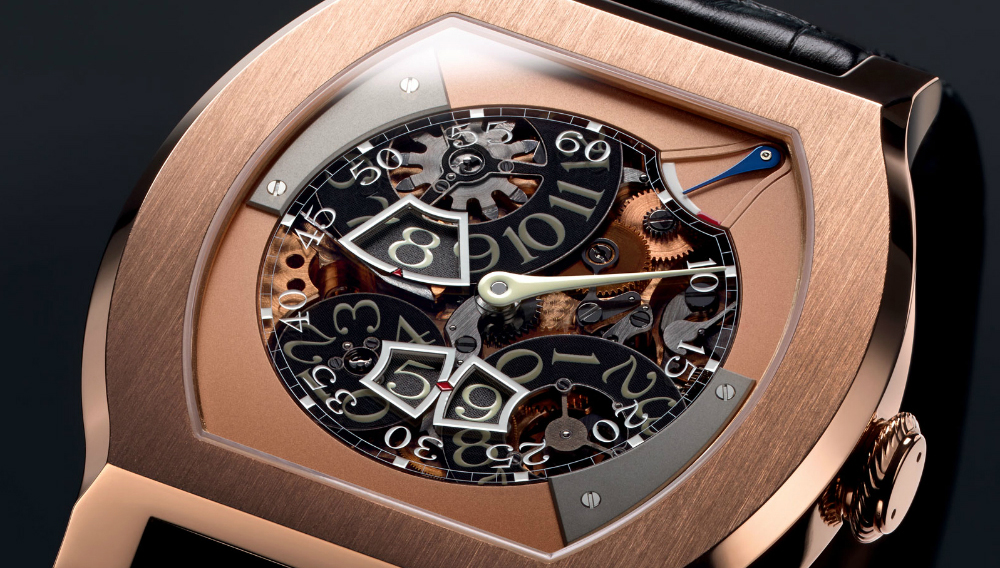 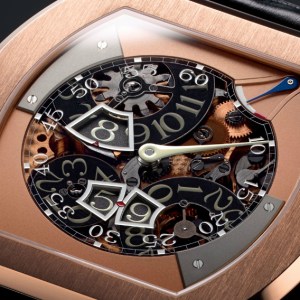 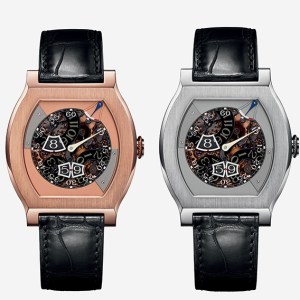 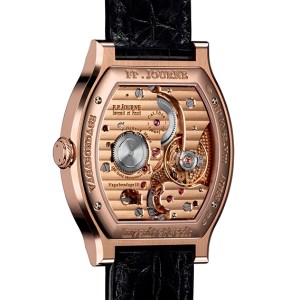 Although SIHH dominates the watch headlines every year around this time, not every bit of news coming out of Geneva has ties to the show. While the Richemont brands and a handful of invited independents graced the halls of the annual show, companies like F.P. Journe (and several others) welcomed the press and a select group of retailers and collectors to behold their latest creations. We have already shown you some of the most technically awe inspiring pieces to surface at SIHH so far, but this new release from Journe is equally worthy of significant attention.

The Vagabondage began as a series of tonneau cased watches designed with intriguing means of digital time display. In 2006, Vagabondage I used a jumping hours indication on a revolving disk, where a frame surrounded the current hour as it traveled its way around a minute track. Vagabondage II followed suit in 2010, using both jumping hours and minutes regulated by a constant force escapement to display time digitally with running seconds at the 6 o’clock mark.

With the launch of the Vagabondage III, Journe has once again upped the technical complexity, as delivering the energy required to manage the movement of jumping seconds in the first place is something that many watchmakers have in the past written off as impractical. Once again Journe employs a constant escapement to smooth out power transmission. Due to the need for two separate disks for the display of seconds, this is not as simple as a deadbeat seconds complication, which is a big part of why refining this movement was such an arduous process, to say the least. The design of the constant force escapement used in this movement took Journe the better part of the last decade to adapt appropriately for this application.

Sixty-nine examples of the Vagabondage III in platinum and 68 pieces in red gold will be available for sale when they hit boutiques later this year (pricing has yet to be announced). (fpjourne.com)