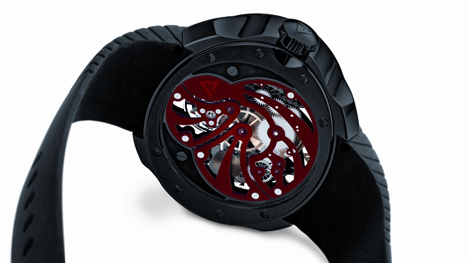 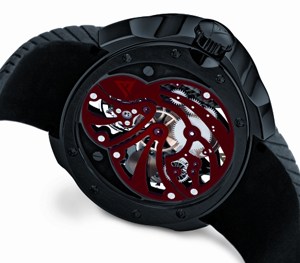 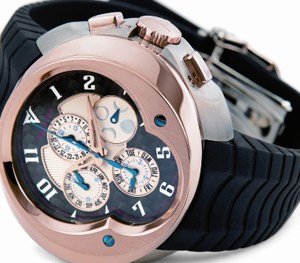 Considering he speaks no French, you would hardly consider Franc Vila to be a likely candidate to build a new Geneva watch brand successfully. But after just a few minutes of conversation with the native Spaniard, it becomes abundantly clear that Vila’s passion for watchmaking has helped him easily overcome his apparent handicap. His obsession with wristwatches began at the age of six, when he was rummaging through his father’s desk for a fountain pen and instead found a watch. Flummoxed to see the automatic Omega wasn’t running, he brought it to his father, a history professor in Valencia with a knack for explanation. “My father said that the watch only worked when it was in contact with a human,” Vila recounts. “He told me to put it on my arm and it would come alive. It was a magical revelation, the special relationship we have with watches, because watches really live with us.”

Vila became a collector, first of Omegas and then of makes ranging from Patek Philippe to Swatch. “I like every kind of watch, gold, steel, plastic, everything, everything,” he exclaims. Above all, Vila loved complications, yet the ones in his collection seemed too old-fashioned. “I was looking for a perpetual calendar minute repeater,” he explains, “but this was seven or eight years ago, and the ones that were available were made for the taste of my grandfather.” Vila went to Geneva to have a timepiece custom-made.

Even without French, his passion for horology, combined with his experience as a biochemist, was sufficient enough to guide dozens of Swiss artisans through the process of modifying a vintage repeater movement to construct his ideal timepiece. “When I got to Geneva, I started calling people,” Vila recalls. “I work with the best artisans, but it took me a year to find them.” The only problem with his new watch was that his friends liked it as much as he did. The solution, as he saw it, was to launch his own brand.

Vila has been careful not to let the business influence his approach. “The philosophy is the same as when I was making my own first watch,” he says. “The best quality, the best materials. It’s a watch made by a collector, for collectors.” He also has taken care that every timepiece reflects his modern taste. For instance, Franc Vila’s skeletonized tourbillon evokes the abstract paintings of his countryman Joan Miró. The idea came about when Vila realized the lightnium alloy he used—developed for aircraft and necessary to withstand the torque of his five-day power reserve—could be brightly colored like aluminum. Nonetheless, the center of attention for Vila, still as fascinated by the running of time as he was as a child, is the exposed tourbillon bridge. “When I check the time I look at the watch for 10 seconds minimum,” he confesses. “And often I look at the watch and forget to check the time.”