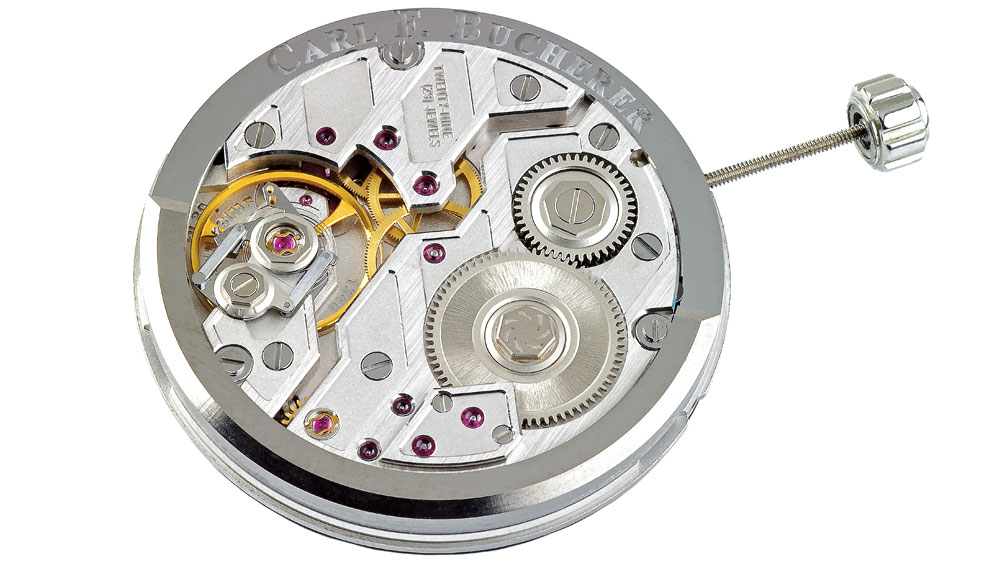 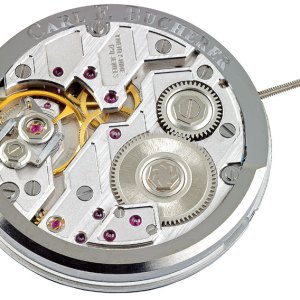 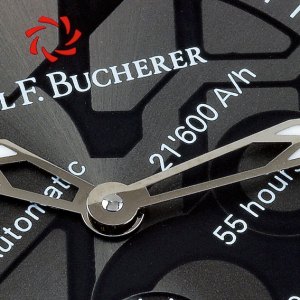 Techniques Horlogères Appliquées, received word that his longtime client, Carl F. Bucherer, would be acquiring his Legnau-based firm. Besides altering his employment status, the buyout put a new cast on the project Roerich had been laboring on the past two years: a new automatic movement that would drive most of the brand’s watches. “Up until that point, our focus was on the technical aspects of the movement, which up until then had very traditional aesthetics,” says Roerich, who manages the same facility as managing director of CFB Technologies, Carl F. Bucherer’s development division. “We realized that, as a young marque with a new movement, we had to come up with a completely new look.

The CFB A1000 movement, to be released in a suitably modern watch next year, delivers a fresh appearance to mechanical movement finishing. The movement is clearly distinguished by its rotor, which moves around the periphery of the movement. The arrangement will enable watchmakers to position complication modules on both sides of the movement in future models, or will allow full view of Roerich’s finishing design through the case back.

“We created the design using three simple axes running across the diameter of the movement,” explains Roerich. “As they come together, they create closed shapes, which we have turned into depressions on the upper plates.” CFB Technologies executes three finishing treatments on the multilevel movement. After being milled and smoothed, the entire plate is bombarded with microballs to yield a slightly pitted, matte surface that remains on the bottom of the depressions. A diamond-tipped lathe completes the reflective anglage on the edges, including the tricky insides of the depressions.

Traditionalists will be quick to label these methods as industrial, since all of them are employed performing conventional finishes at many other movement makers. Roerich, however, draws a clear distinction. “The finishing procedures, even at some very prestigious brands, allow you to fix mistakes quite easily,” he explains. “These new patterns are very easy to damage unless we manipulate our movements with extreme care.”