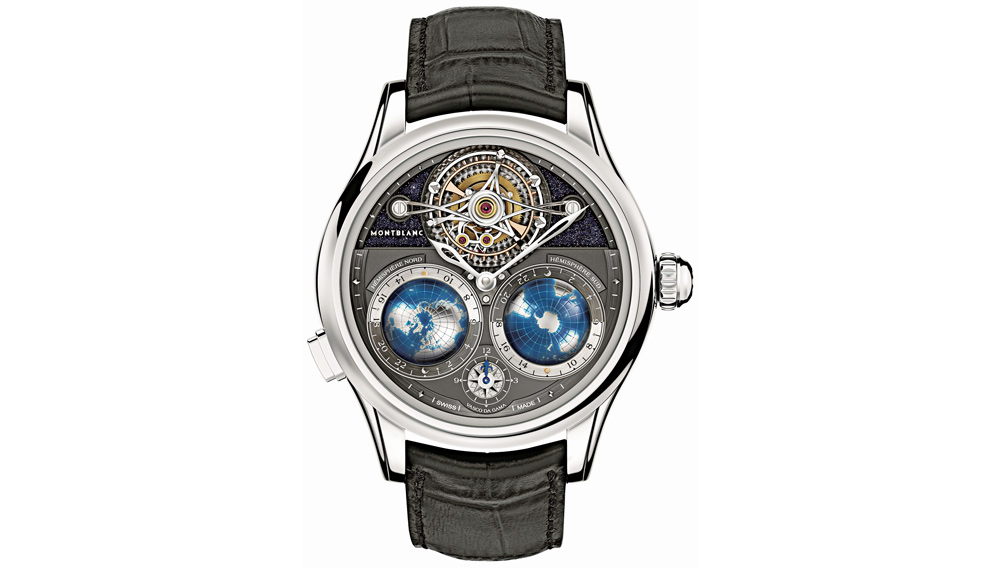 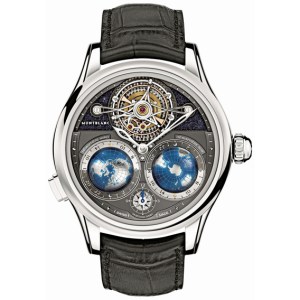 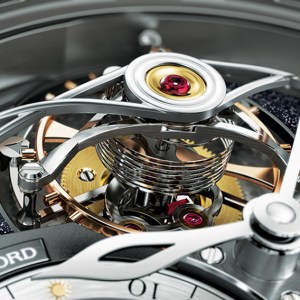 Vasco da Gama is a driving force in the design of the new Montblanc Tourbillon Cylindrique Geosphères NightSky Limited Edition (montblanc.com), the brand’s latest timepiece to reference the Portuguese explorer. In the late 15th century, he embarked from Lisbon on a series of voyages that mapped a sea route linking Europe and Asia, and that historic journey has inspired the dial’s two global halves: one representing the north and one the south, both engraved and hand painted beneath a starry sky of aventurine. Encircling the hemispheres are 24-hour discs that rotate clockwise and counterclockwise, enabling the wearer to discern the current time for any location worldwide. Both the local-time display, which is modeled on the compass rose at Lisbon’s Padrão dos Descobrimentos monument, and the tourbillon’s cylindrical hairspring—a key component of marine chronometers—speak to the timepiece’s pioneering spirit. The white-gold edition (shown, about $303,000) is limited to 18 pieces.