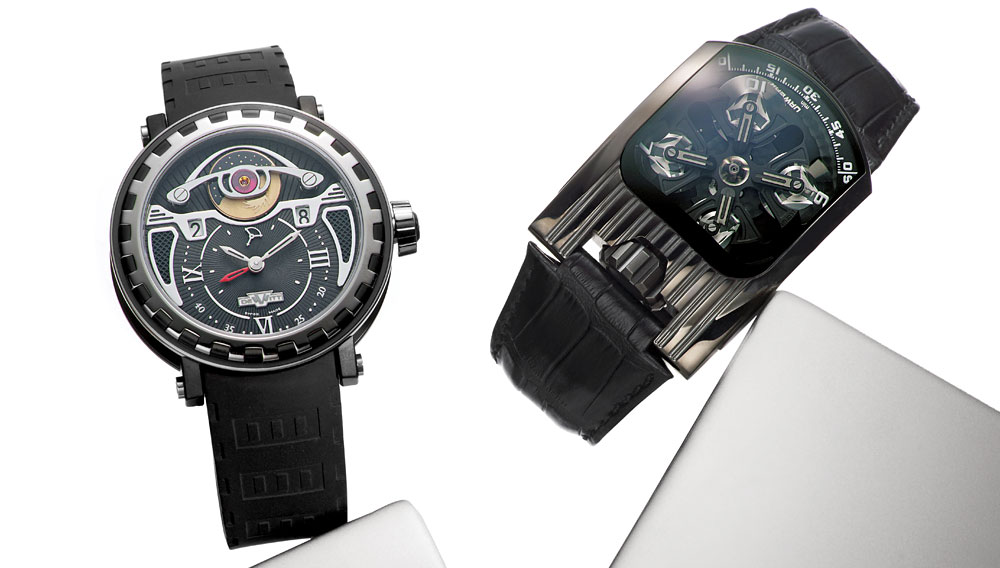 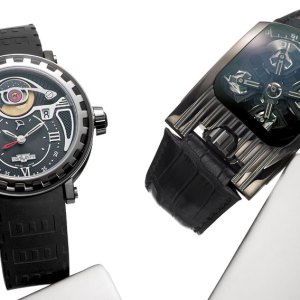 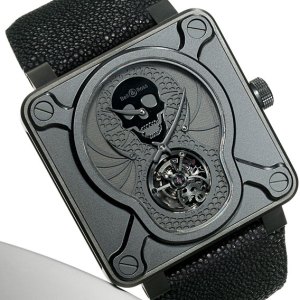 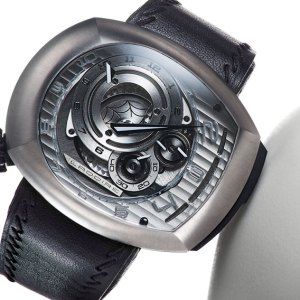 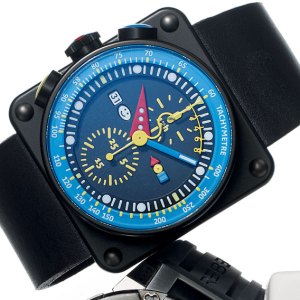 “The avant-garde has established itself,” says Urwerk designerMartin Frei. “We were not the only ones to do it, but we changed watches and we created a market.” Frei’s partnership with watchmaker Felix Baumgartner has earned him one of the most established names in watchmaking’s outer fringes. His is a small brand that has successfully challenged traditional Swiss notions of design and mechanics. Frei’s confidence was much more widespread two years ago, when a multitude of watch brands large and small were following in Urwerk’s footsteps. Since then, an overheated watch market and a cooling economy have left many collectors wondering exactly which radical, unorthodox timepieces will last as worthwhile horological expressions, and which will seem merely dated.

While many watch brands have experimented with outré designs, true avant-garde watchmakers have displayed endurance in the face of adverse conditions. These are most often small brands like Urwerk, guided by one or two highly focused individuals willing to follow their personal values in watchmaking and maintain low production volumes. This point is one clue to survival in economically strained conditions; such brands don’t need many customers. Another is the ability of some avant-garde brands to develop circles of dedicated collectors eager to snap up one example of every model on offer. Baumgartner and Frei are very much aware of this dynamic: After seven years, they are discontinuing their iconic 103 model while it remains relatively rare.

For Bruno Belamich and Carlos Rosillo of Bell & Ross, the key to the longevity of their avant-garde designs is a measure of grounding in well-established principles of watch design. “All of our watches, including the most unusual versions of the Instrument BR 01, respect all the fundamentals of a great watch: legibility, functionality, precision, and reliability,” says Rosillo. “Proposing innovative ways of reading time can be very avant-garde but still keep the same purpose as a classic watch. But when a watch pursues avant-garde for avant-garde’s sake, it can break with all tradition and fall into the category of the absurd. We do not feel comfortable with forgetting the purpose of the object we produce.” With a design ethic that is based in military functionalism, Bell & Ross has just succeeded in revisiting its classic roots as well as releasing some of the most unusual watches it has ever designed in its Radar and Compass—extreme redefinitions of the time display that remain highly functional.

That functionalism is echoed in the work of Ladoire, the brainchild of Lionel Ladoire, who launched the brand in 2007. Although the movements in Ladoire’s RGT series bear little resemblance to traditional mechanisms and his displays confound expectations, there is a similar approach underneath. “I use traditional watchmaking heritage to create something very different,” says Ladoire. “I attempt to bring a disruptive approach with new codes, new movements, and, of course a daring design.” (Ladoire names Andy Warhol, Philippe Starck, Jean-Paul Gaultier, and Christian Lacroix as inspirations.) An economist might have cautioned Ladoire about the timing of his venture, but such considerations rarely find purchase with an artist in pursuit of a vision.

The same single-mindedness characterizes one of the oldest watch-industry practitioners of avant-garde design, who is making a new push as other brands are in retreat. Alain Silberstein has flouted design conventions since he abandoned his architectural practice in 1990 to pursue his horological ambitions. With an outsider’s disdain for tradition, Silberstein based his early watches on the Bauhaus movement of prewar Germany, which called for pure design without ornamentation. This impulse is still evident in the Steampunk collection he presented this year (with its iKrono, Krono, and Pikto models), along with a shock of darker colors in the cases and straps. And a new strap collection for iKrono is hand-painted by American artist Marielena Ramirez; the results are a cross between something you might see on the skin of a client on Miami Ink and the cover of a Grateful Dead album.

Some changes in the industry—a resurgence in classical style and the retreat, and occasionally closure, of some of the modernist brands that once covered the landscape—might argue that the influence of avant-garde watchmaking is on the wane. But just as much evidence seems to argue otherwise. New brands like Rebellion Timepieces excite collectors with intriguing new movements. Even brands like DeWitt, more firmly rooted in the classical school, are still producing watches with displays, detailing, and coloration that evoke the spirit of the new.

“The objective of any creative mind is, of course, to innovate constantly, to develop techniques or designs that have not been previously done,” elaborates Rosillo. “Today, we see trends in our industry that remind us of the artistic movement that we saw in the late 19th and early 20th century, when artists like Picasso moved from very classic expressions to new, modern ways of painting. Others evolved radically and broke completely with the past.”