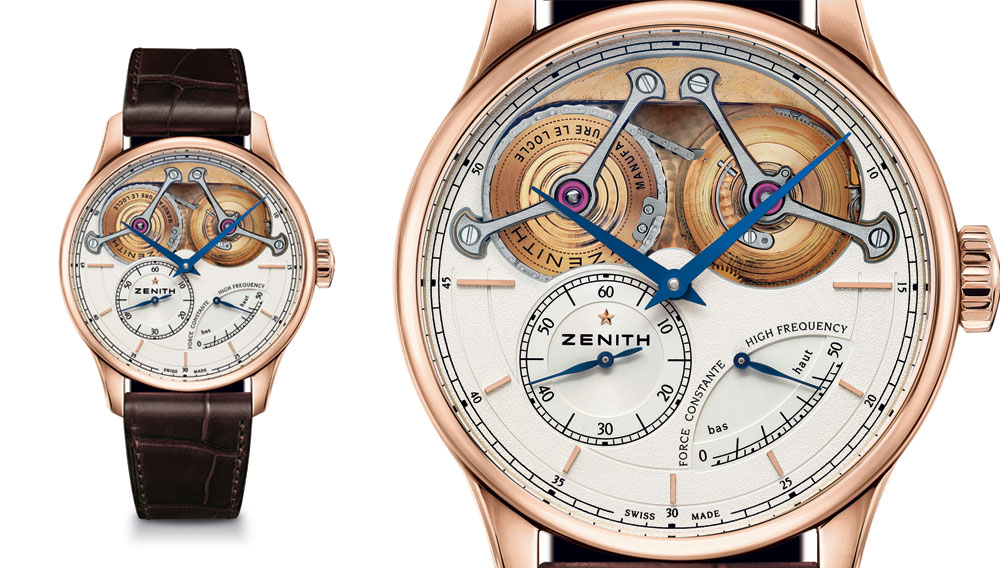 Although it may look archaic, the chain-and-fusée system displayed prominently through the dial of the new Zenith Academy Georges Favre-Jacot (zenith-watches.com) effectively performs its function, which is to maintain a consistent power level as the mainspring winds down. The mechanism, which was first used in clocks in the late 15th century, rarely appears in modern wristwatches, and when it does, it usually is accompanied by a tourbillon. Zenith combines the chain and fusée instead with a high-frequency balance system. Despite this modern touch, the movement of the finely wrought chain as it works in conjunction with the conical pulley is the watch’s most captivating feature. Zenith will produce only 150 examples of the watch—in recognition of the brand’s 150th anniversary this year—each of which is priced at $82,700.