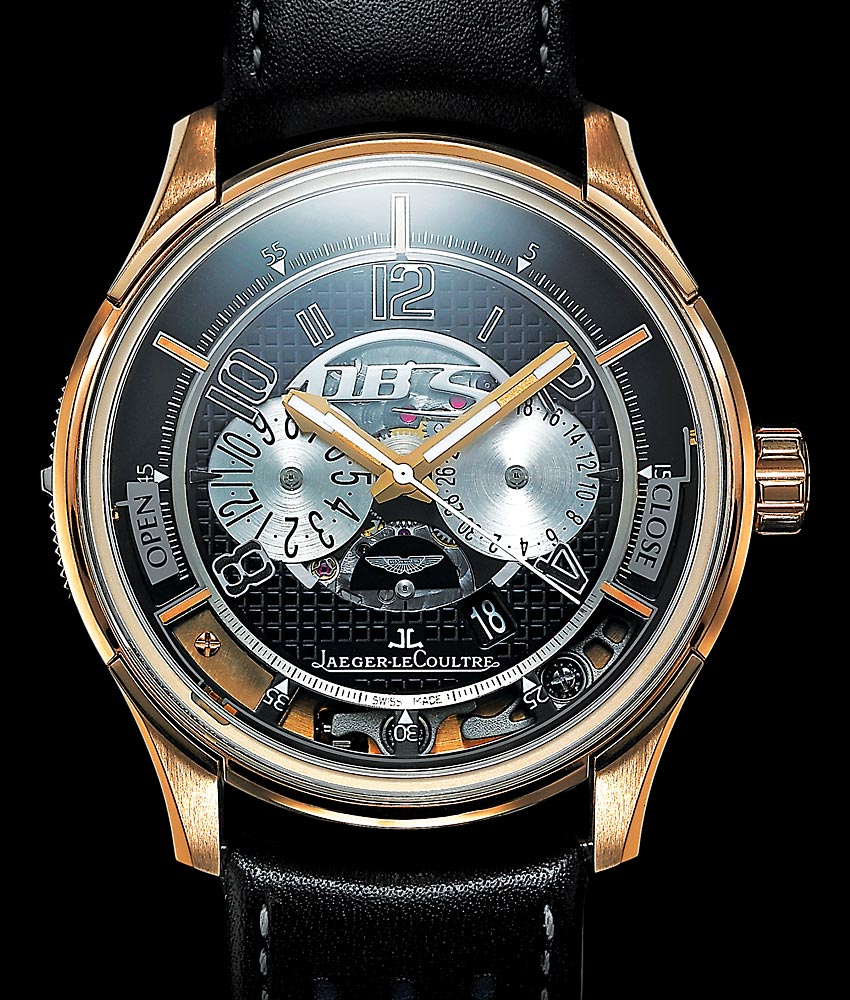 Among automotive-themed watches, the new Jaeger-LeCoultre AMVOX2 DBS Transponder (www.jaeger-?lecoultre.com) is a rarity in that it has a tangible connection to the car for which it is named: The watch locks and unlocks the doors of the Aston Martin DBS. An electronic door-locking transponder has been miniaturized so that it fits inside the watchcase along with the chronograph movement. You lock your car by gently tapping the crystal between 8 and 9 o’clock, and unlock it by tapping between 3 and 4 o’clock. The watch works on the same principle as the original AMVOX2, which allows you to start and stop the chronograph by touching the crystal at 12 o’clock, and reset it by touching at 6 o’clock. Jaeger-LeCoultre plans to produce a limited number of the rose-gold DBS Transponder watches, which cost $37,900 apiece. The bad news for car thieves—ones who have good taste in timepieces—is that each watch will be programmed to open only the owner’s DBS.