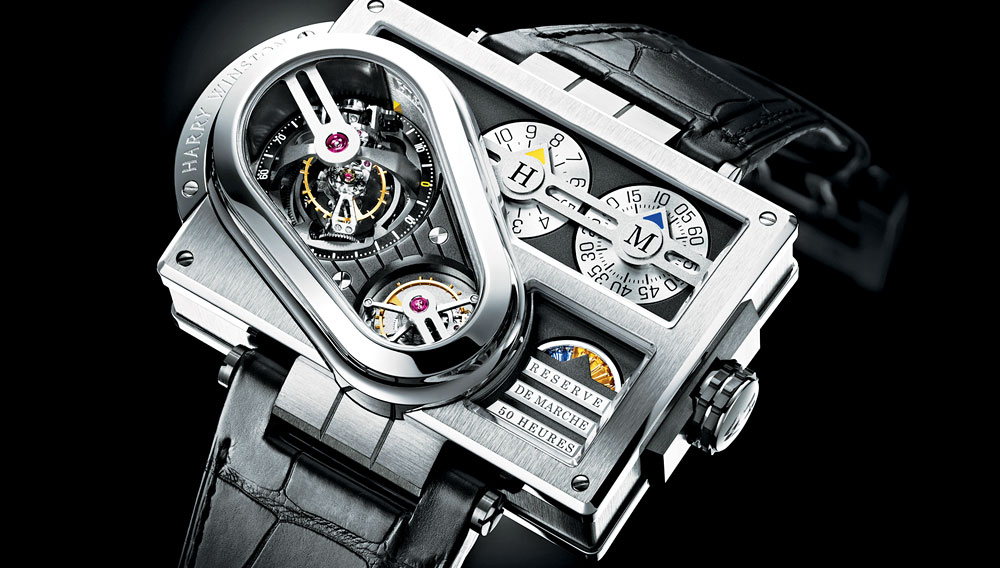 Debuted in 2009, the first Histoire de Tourbillon design featured side-by-side Greubel-Forsey tourbillons—a refinement meant to compensate for gravitational errors caused by the swinging motion wristwatches endure while being worn. (The original single-plane tourbillon was designed for pocket watches, which mostly rest in a vertical position.) Launching this March, the Histoire de Tourbillon 3 goes one step further, incorporating a dual-axis double tourbillon paired with another tourbillon that operates at a higher speed. This combination averages the rates of the two escapements, offering considerable chronometric precision.

The modern-styled Histoire de Tourbillon 3—which, in contrast to its circular predecessors, features a rectangular case—will be available in a limited edition of 20 watches, at a price that has yet to be announced.