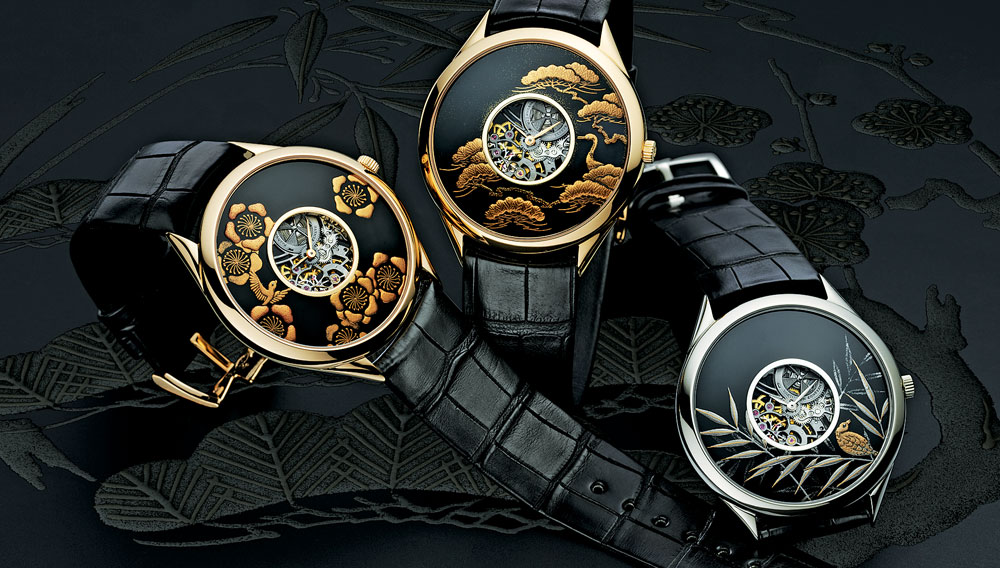 Vacheron Constantin collaborated with Zôhiko, a nearly 350-year-old Japanese lacquerware company, to create the watchmaker’s new La Symbolique des Laques collection (www.vacheron-constantin.com). Debuted in January as part of Vacheron Constantin’s Métiers d’Art series, the $240,000 three-watch set features faces decorated by Zôhiko using a sophisticated lacquering technique called maki-e, which dates to the 8th century. The dials depict pine trees, plum trees, bamboo, and birds, and a round opening on the dial tastefully displays the ruthenium-coated open-works movement underneath. La Symbolique des Laques is the first of three three-watch sets that Vacheron Constantin and Zôhiko will collaborate on in the coming years.