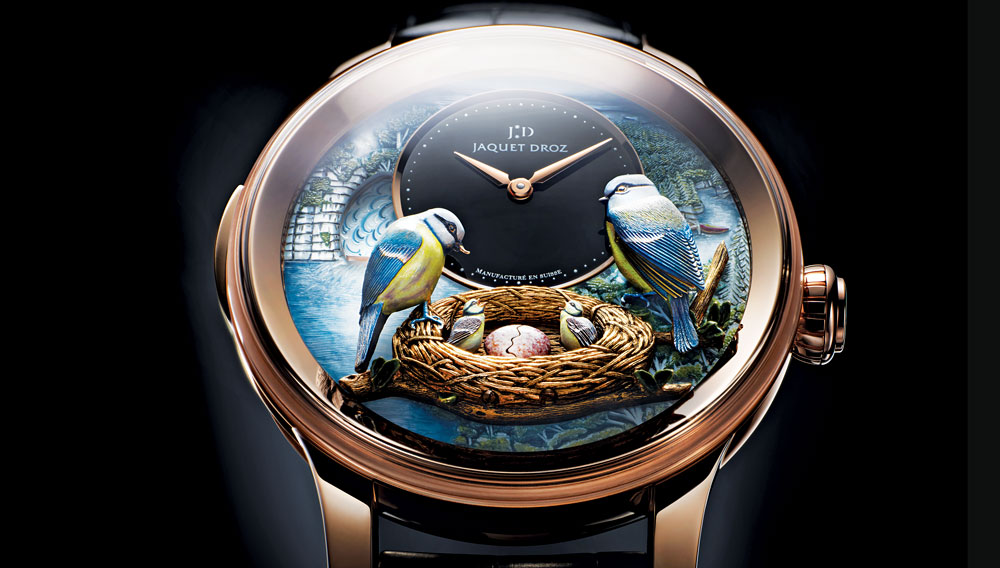 While showcasing a new complication, the Jaquet Droz Bird Repeater (www.jaquet-droz.com) also pays homage to the work for which the boutique Swiss watchmaker’s founder initially gained renown. The face of the $472,500 watch displays mechanical birds that move when the wearer activates the chiming repeater feature. The birds serve as nods to the creations of Pierre Jaquet-Droz and his son, Henri-Louis, who in the 18th century made a name for themselves by constructing similarly complex automatons. Controlled by a cam system like the ones that Jaquet-Droz used for his robots, one bird spreads its wings, another feeds its young, and still another hatches from an egg, while the waterfall in the background appears to flow. The resonant chime of cathedral gongs adds a touch of gravitas.