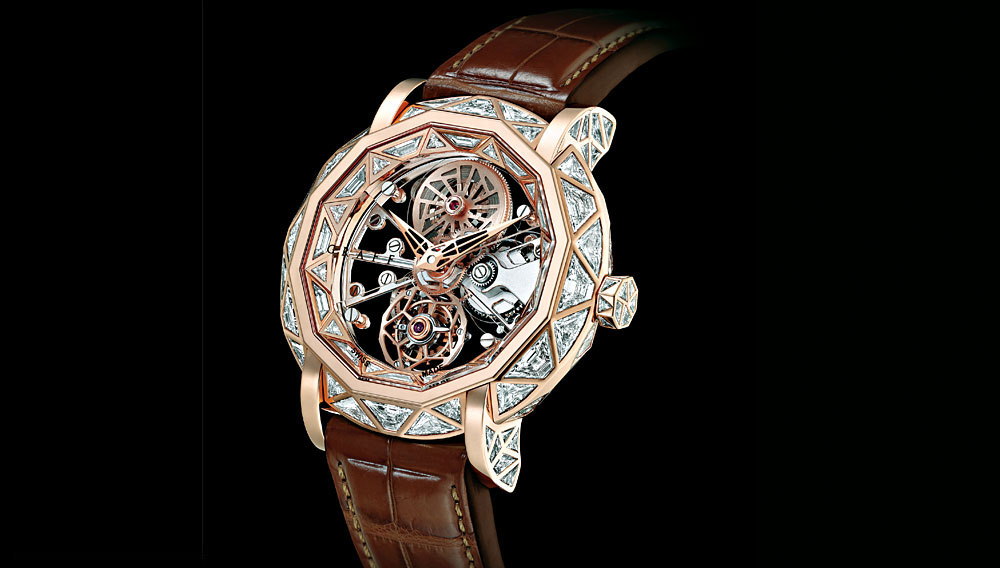 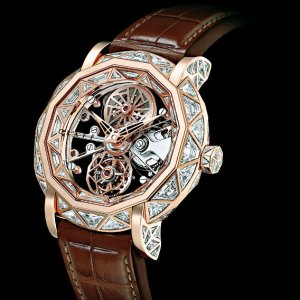 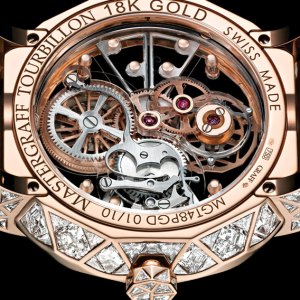 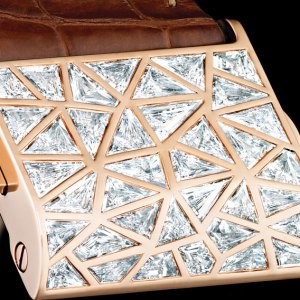 The MasterGraff Skeleton Limited Edition (www.graffdiamonds.com), a $2 million timepiece designed by Graff’s CEO of luxury watches, Michel Pitteloud, is a masterpiece of both jeweling and watchmaking. The MasterGraff case, formed in an angular shape that simulates the crown facets of a brilliant diamond, is set with triangular and trapezoidal baguette diamonds. The case lugs and buckle receive similar treatment, bringing the watch’s total weight of diamonds to more than 21 carats.

More impressive than the heft of the stones is the visual effect they create, reflecting light while also seemingly providing windows onto a custom version of the Concepto tourbillon movement. The standard Concepto is one of the most aesthetically pleasing calibers; this version incorporates plates and bridges made of transparent synthetic sapphire. Graff will produce 10 examples of the watch, five made of rose gold (shown) and five of white gold.