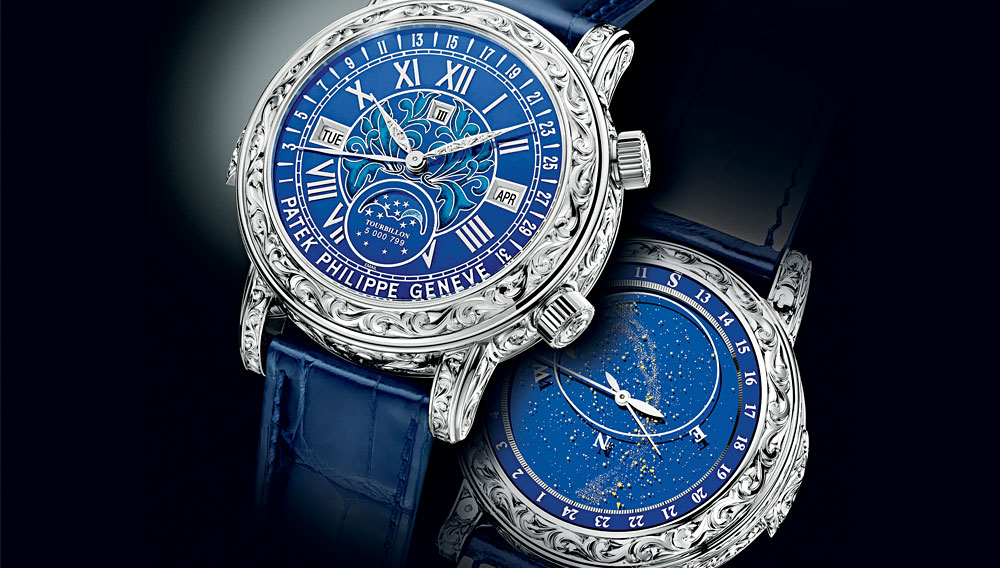 Production has begun on the second generation of the Patek Philippe Sky Moon Tourbillon (www.patek.com), the company’s most complicated production wristwatch. Like the first-generation Sky Moon (Reference 5002), which was introduced in 2001, this version features 12 complications. The price of the new watch, Reference 6002G, is available upon request and will likely be seven figures, as was the price of the original. Patek Philippe will not say how many examples of the watch it plans to make, but plan on production being extremely limited.

The new watch features a slightly updated version of the original movement and three wholly new windows that display the perpetual calendar. The tourbillon escapement, cathedral-gong minute repeater, and celestial complication (displayed on the back of the watch) remain unchanged. The most noticeable upgrades are the high-relief engraving on the case and the cloisonné and champlevé enamel on the dial. The decorations demonstrate Patek Philippe’s growing in-house artisanal capabilities, and for a timepiece of this caliber, such flourishes seem appropriate.