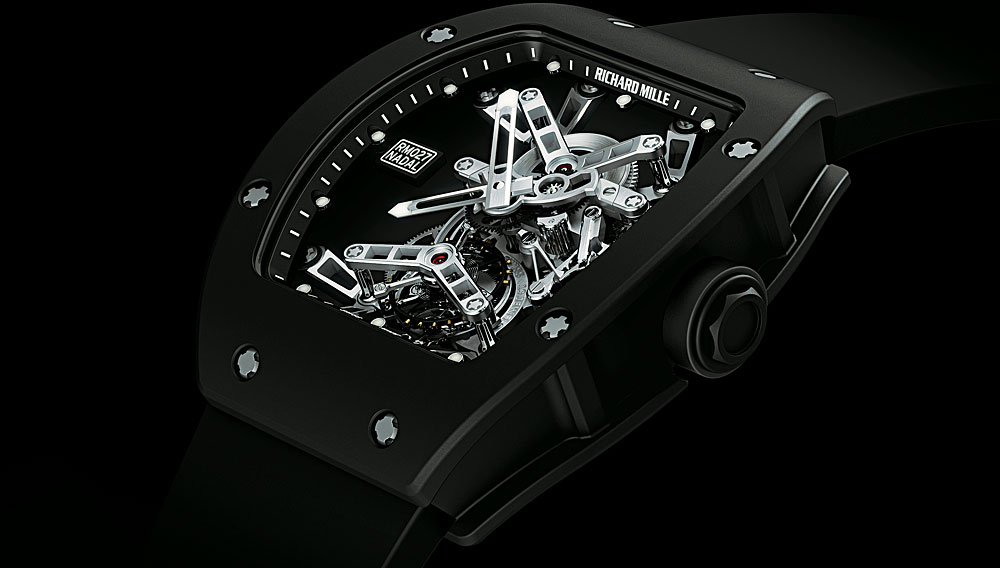 The latest mechanical watch from Richard Mille, the RM 027 Tourbillon (www.richardmille.com), is the Swiss company’s first timepiece to weigh in at less than one ounce, strap included. This feat also is the fulfillment of a goal held by Richard Mille himself: the creation of a lightweight tourbillon that tennis pro Rafael Nadal—who collaborated on the project—can wear on the court.

Unveiled in May and limited to 50 pieces, the $525,000 RM 027 employs a lithium-aluminum alloy for the movement baseplate and a carbon composite for the exterior. Such aerospace-grade materials are not new to Mille’s watches—the RM 009 has a case made of the aluminum-and-silicium mixture used in satellites—but they reach their apogee in the RM 027.

Belying the watch’s lightness is its appearance. A network of columns and struts lends the look of a heavyweight to the RM 027 while protecting the tourbillon’s power train from shocks—including those it might sustain at this year’s US Open.