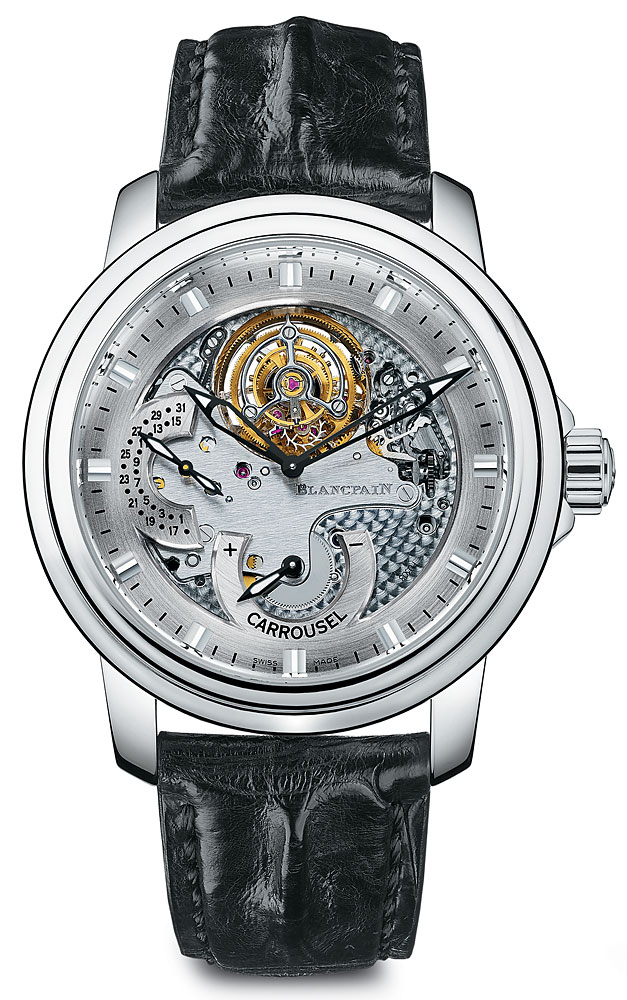 If watchmaking maestro Vincent Calabrese were canonized, he would become the patron saint of gearheads. The artful arrangement of the gear wheels in a watch movement—such as his linear Golden Bridge design for Corum—has been his specialty for almost three decades. Calabrese recently joined Blancpain, the Swiss watch manufacturer for which he designed an off-center tourbillon in the 1980s, and created one of his most ambitious designs to date: the $180,300 Blancpain Carrousel Volant Une Minute (www.blancpain.com). The watch bears a resemblance to his original Blancpain tourbillon, but it is a completely different animal—with two separate gear systems. One of the systems drives the watch’s regulating organ, and the other rotates the carriage, a function that mitigates the effect of gravity on the watch.