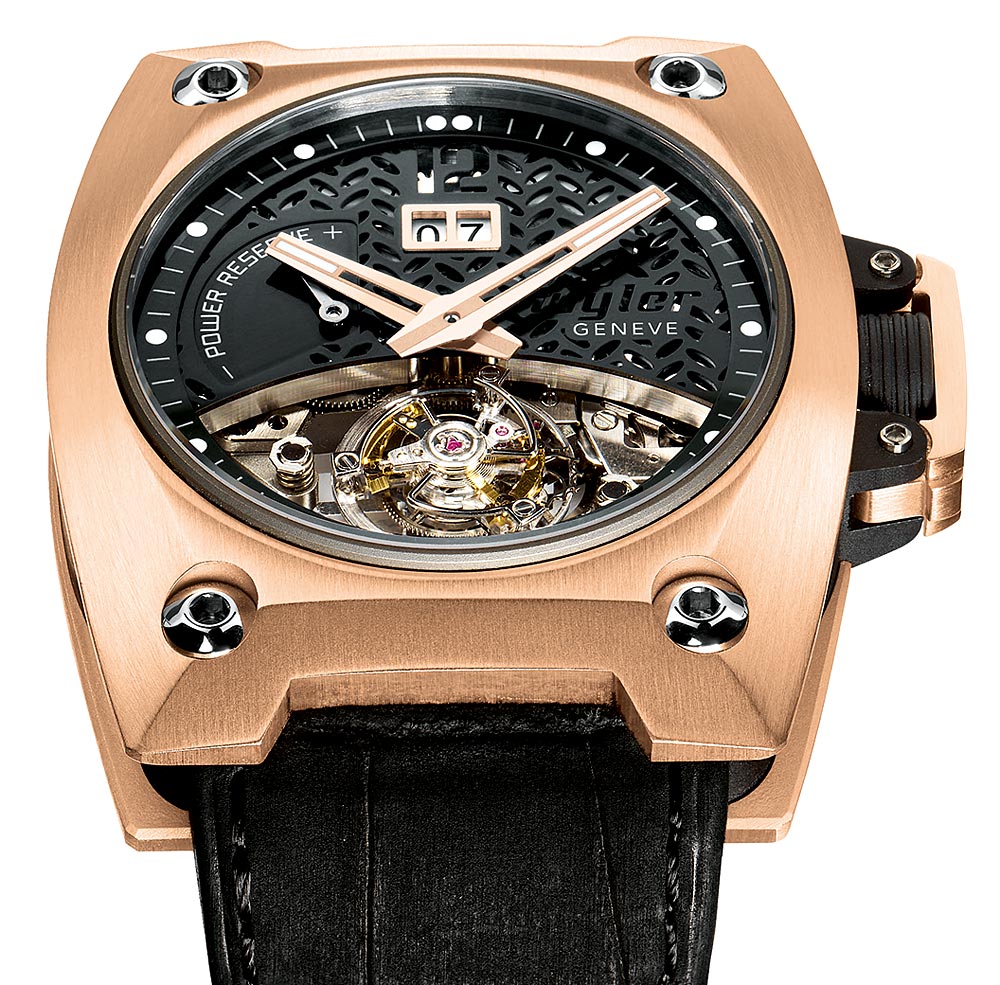 As a publicity stunt, early-20th-century watchmaker Paul Wyler once demonstrated the durability of his timepieces by tossing one of them off the Eiffel Tower. In the rose-gold Wyler Genève Tourbillon Big Date (www.wylergeneve.com), the newly relaunched Wyler Genève firm has tripled the number of shock-resistant systems that its namesake’s old watches contained. (Nevertheless, the company has no plans to make dramatic demonstrations of the durability of the $190,200 timepiece.) Wyler’s original design employed a flexible balance wheel—the timekeeping center of the watch—with curved arms that acted like springs. Wyler Genève has incorporated this feature into all its new pieces, which also sport an intricate 17-part case that further dampens shocks. Wyler Genève movements, including that of the new tourbillon, are suspended in titanium capsules, which are themselves sandwiched in carbon-fiber composite between the front and back plates of the cases and supported by springs. BNB Concept, creators of the brand’s tourbillon movement, added an even higher level of protection by mounting the cage (containing the timekeeping element) on springs instead of the usual stout bridges. These constructions give the tourbillon an interesting, functional appearance that you will appreciate, whether or not you choose to fling the watch across the room to see if they work.