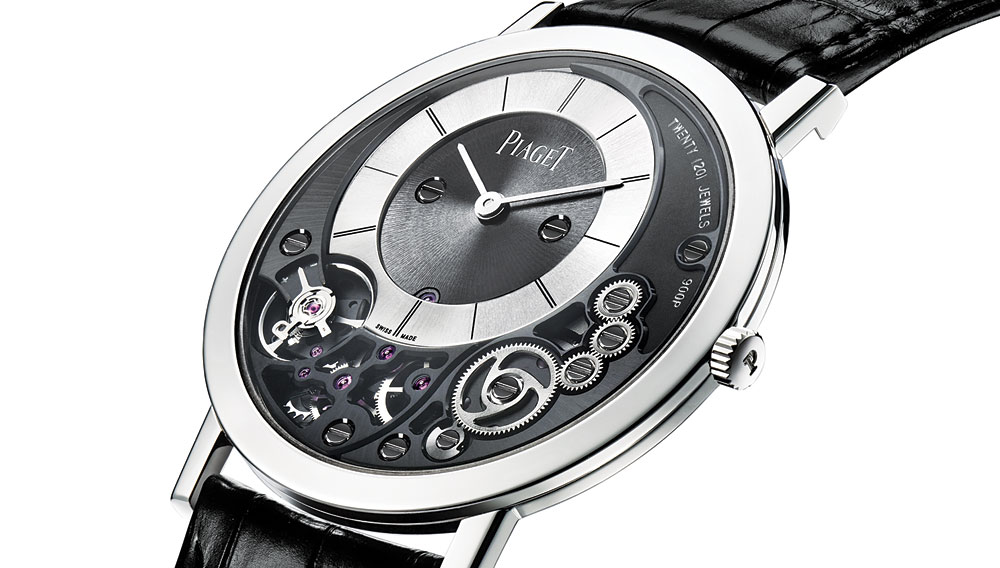 When Swiss watchmakers wanted to build quartz watches that were thinner than those of their Japanese competitors in the 1970s, they built the movement into the caseback. Now, one Swiss company is employing a similar but improved design for a mechanical watch. The $27,800 Piaget Altiplano 38mm 900P (www.piaget.com) measures just 3.65 mm thick, or slightly more than a tenth of an inch. (The 38mm designation refers to the case’s diameter.) While the old quartz movements could flex and sometimes break, Piaget employs a stout, structural wheel-train bridge and a suspended barrel to keep the Altiplano’s gears aligned and running.