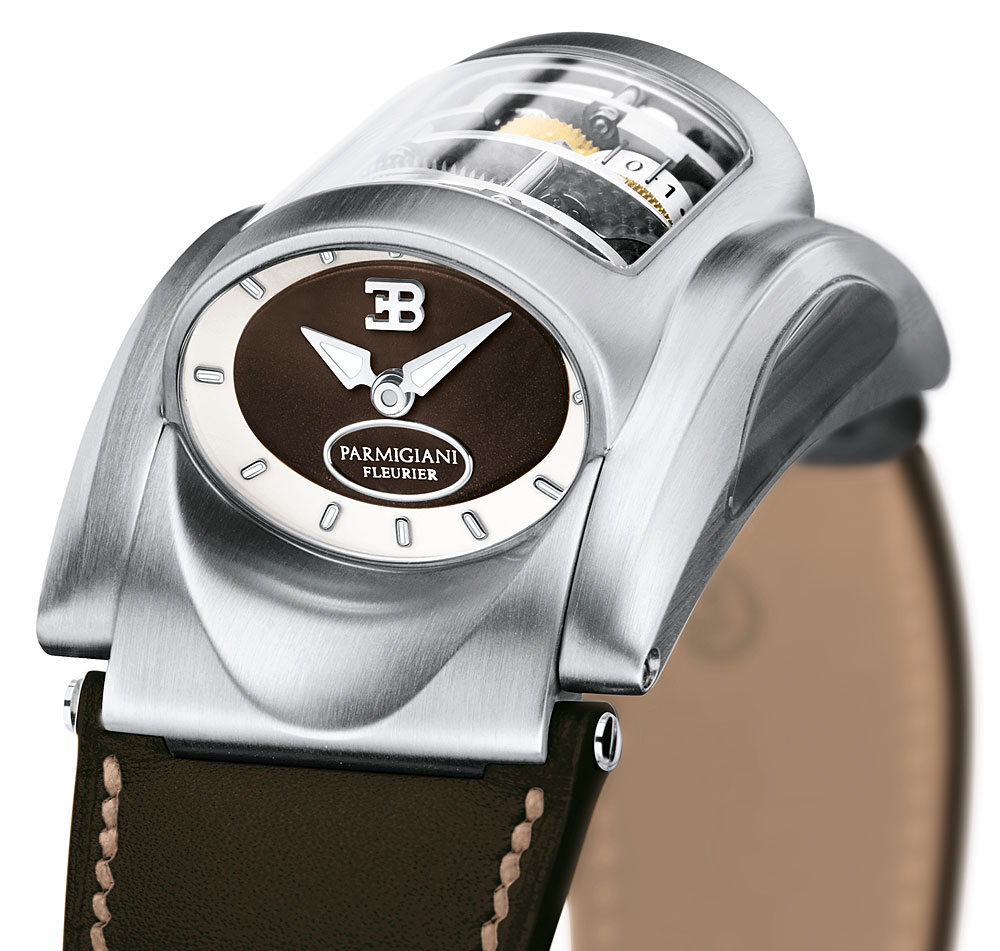 After taking five years to perfect the revolutionary Type 370 transverse movement of its original Bugatti watch, Parmigiani Fleurier must have found delightfully simple the task of commemorating the recently unveiled Bugatti Veyron Fbg. The new Veyron automobile is styled inside and out by Hermès, which co-owns Parmigiani’s sister company Vaucher Manufacture Fleurier, a watch-movement producer. The Parmigiani Fleurier Bugatti Faubourg (www?.par?mi?giani?.ch) features an Hermès strap—Parmigiani is the only brand besides Hermès to offer the straps on its timepieces—a brushed-metal case that resembles the Veyron Fbg’s wheels, and a brown dial that matches one of the two-tone car’s colors. The Faubourg, which Parmigiani will produce in a limited edition of 10 pieces in rose gold or brushed 18-karat white gold ($245,000 for either model), will be the last Parmigiani watch to feature the original Type 370 movement.