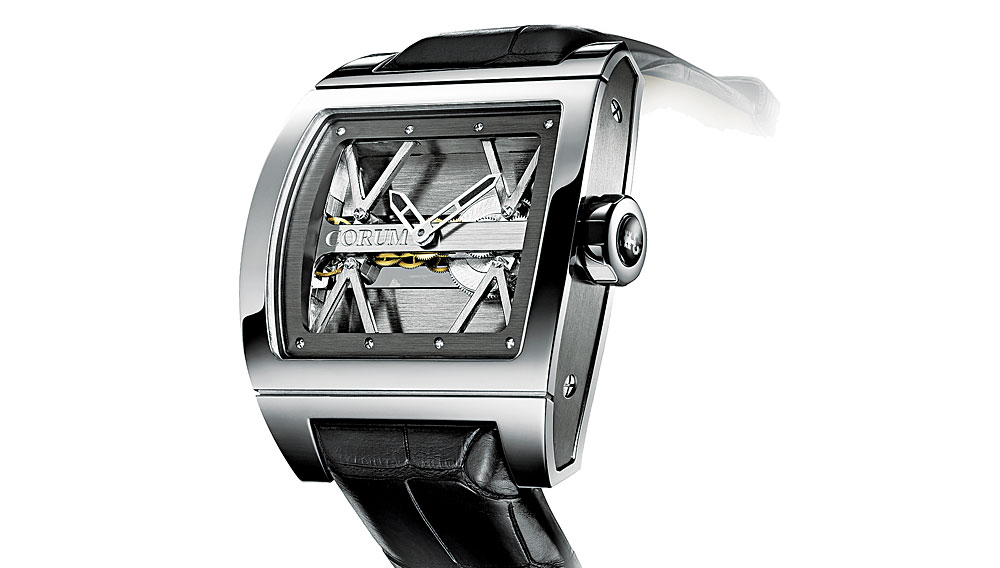 Corum recently tackled a tricky engineering challenge and, in the process, produced the Corum Ti-Bridge (www.corum.ch), a contemporary watch with a robust movement inspired by the famous Golden Bridge design. The Golden Bridge was designed by independent watchmaker Vincent Calabrese, and was as delicate as it was beautiful. The second version, which was re-engineered by the Vaucher Manufacture for Corum, eliminated the first’s breakage problems but remained a dress watch. But now, with a titanium case and supporting titanium cross bars for the movement, the Ti-Bridge begins to approach the qualities of a sports watch. Still, the new version ($12,900) retains an unusual appearance, which, as with the original, remains its essential function.