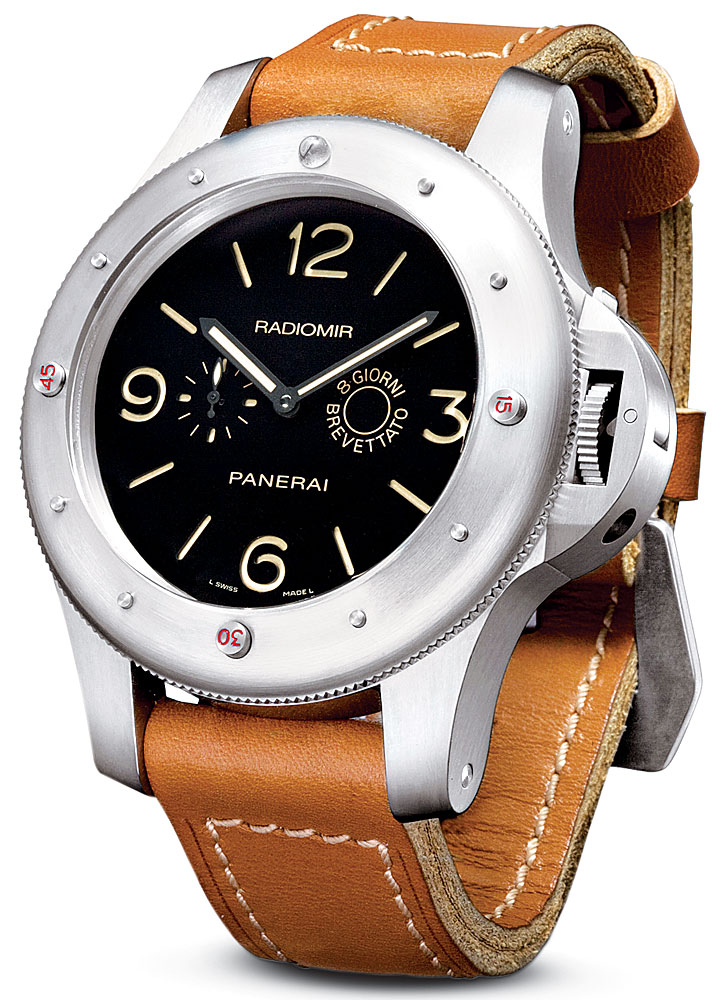 The Panerai Egyptian (www.panerai.com), a $29,000 reproduction of the massive watches Panerai made for the Egyptian navy in the 1950s, will not be as rare as the original (Panerai produced just a few dozen of those and is making 500 reproductions), but its design will be just as unusual. In fact, Panerai took an original from its archives and used laser mapping to make an exact duplicate of the case. Panerai designed the original case, which is a startling 60mm wide, to satisfy the Egyptians’ request for an indestructible watch. The new watch might be practically indestructible, but it certainly will not be inconspicuous.