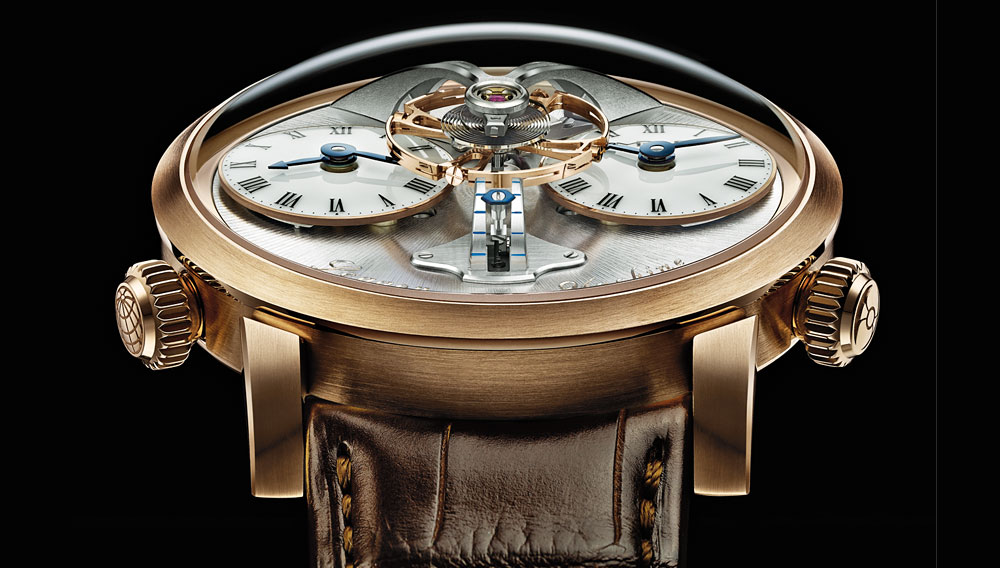 Known best for futuristic watchcases resembling frogs, owls, and even jet engines, MB&F has released a new series of timepieces called Legacy Machines that displays far more traditional designs. The MB&F Legacy Machine N°1 (www.mbandf.com), for example, evokes pocket watches or the first wristwatches from a century ago. Created in collaboration with watchmakers Jean-Francois Mojon and Kari Voutilainen, the $92,000 LM1 has a movement assembled in-house that can track two time zones simultaneously.