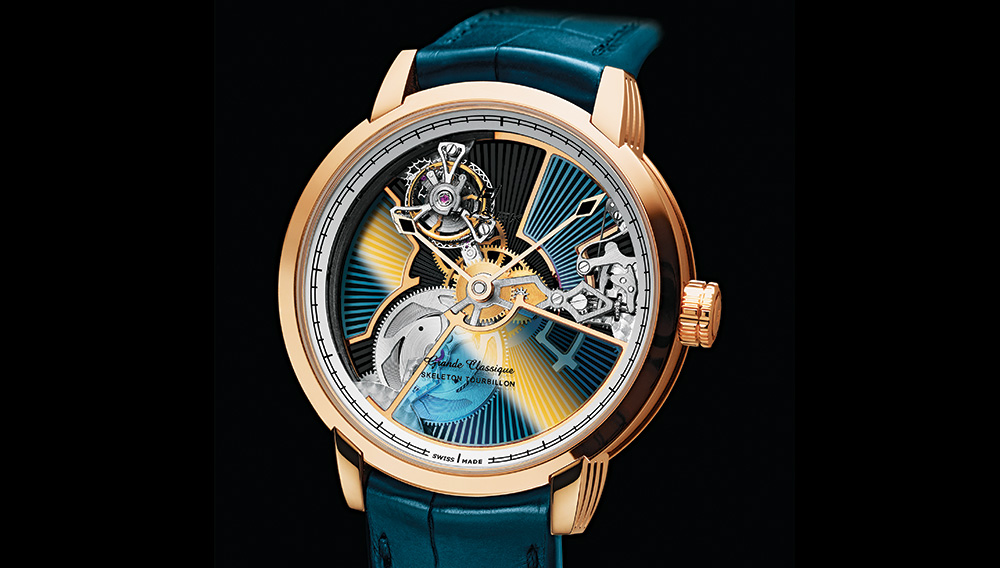 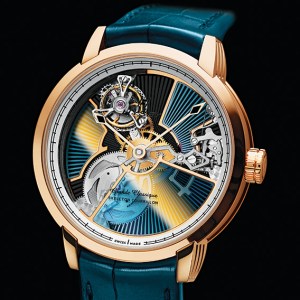 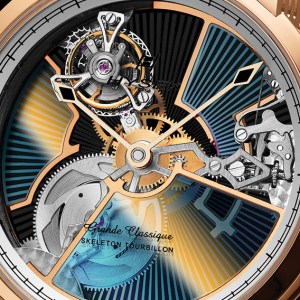 “The idea behind the watch is to give maximum transparency to the tourbillon movement,” says Ralph Aljord, vice president of Hysek, the watch and accessory design firm. “For this piece, we’ve kept the empty space [of a skeleton watch] but have added color and tone to that space, which also serves to enhance the sense of depth to the movement.”

Aljord speaks the language of design with ease—as well he should. The house upholds the legacy of its founder, the renowned Swiss watch designer Jorg Hysek, whose watches combine aggressive but fluid lines with technical interest. While Hysek himself was a master at the drafting table, Aljord wields a more powerful and, in some senses, more authentic toolbox. When his father Akram Aljord purchased the brand in 2000, he opened his own manufacture, enabling the brand, for the first time, to produce its movements in-house.

The HW14 caliber inside the IO Skeleton Tourbillon may be the company’s most successful confluence of design and mechanics to date. The movement is suspended from three spokes emanating from the center of the watch, delineating the barrel and power train, the flying tourbillon, and the winding and setting mechanisms. The layout is distinctly architectural and structurally daring.

Available to one Robb Report reader, the first example of the IO 45 mm Skeleton Tourbillon with Blue Sapphire—the new edition of the IO, which will eventually be released in a series of just eight pieces—is distinguished by its use of colored sapphire plates at different levels of the movement. Bordered by rose gold, the subtly metallic sapphire inserts, which add color and form, are technically formidable. “Just a few years ago, it was almost impossible to cut sapphire glass this way, and it remains challenging,” says Aljord. “To do one, you have to break a few.”

The stark angles of the sapphire plates and the guilloche sunburst motif etched into the back crystal not only prevent the wrist from muddling the design when worn, but also recall the details of Hysek’s own work. Yet the HW14, which is one of the 19 in-house movements built during Akram’s ownership of the brand, reflects the eponymous founder’s artistic sensibilities on a deeper level as well. “The plates in this special version of IO give you a forced perspective,” says Aljord. “You can really dive into the watch.”