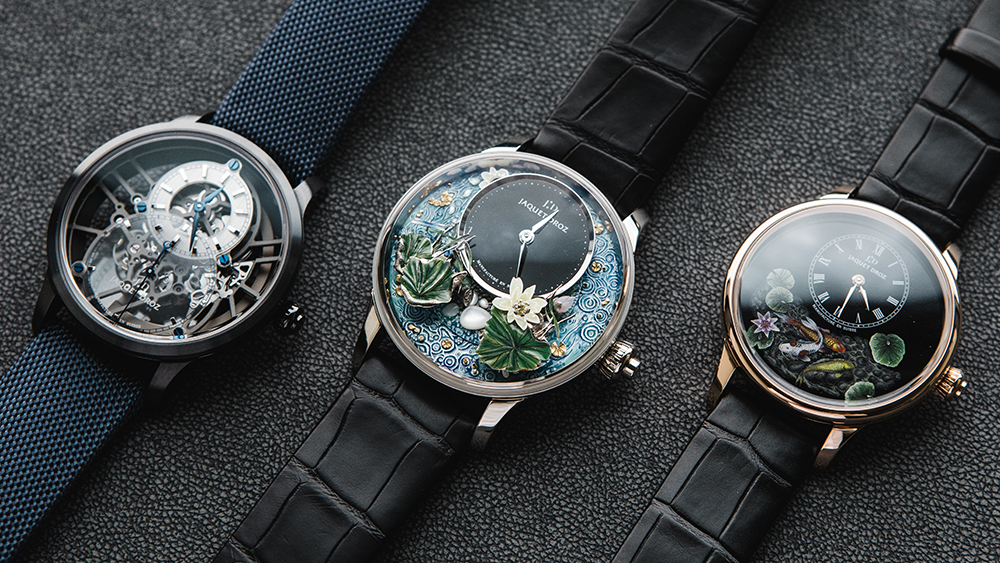 Many premium watch companies have métiers d’art ateliers, where exceptional artisanal pieces are done by hand. But few (if any) are able to create these works of art on the astonishing scale of Jaquet Droz. Whether it’s a dial made from a mosaic of nearly invisible elements to an automaton dial with miniature moving parts that bring a scene to life, the artistry found within the walls of this small manufacture in the valley of the Swiss Jura Mountains is unparalleled.

Jaquet Droz has been making these creations for almost three centuries, dating back to its founder, Pierre Jaquet-Droz. Its singular mechanical automata figures—which all could move and draw, write or play music—were built for kings, queens and aristocrats at court and were the precursors to our 21st-century androids. In their day, they served as feats of entertainment, and the versions the company now crafts for the wrist look like modern museum pieces still fit for the pleasure of royalty. Some of the decorative techniques in this atelier, such as the eggshell dials, cannot be found at any other watchmaker in the world.