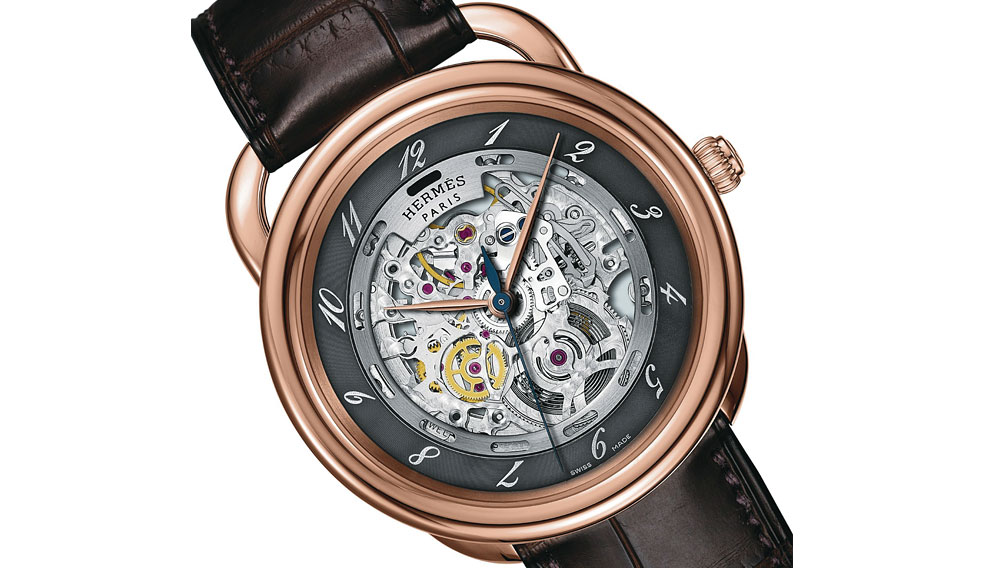 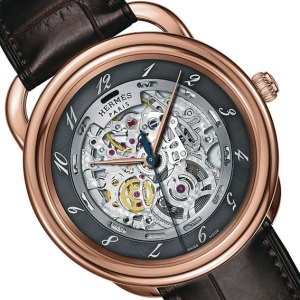 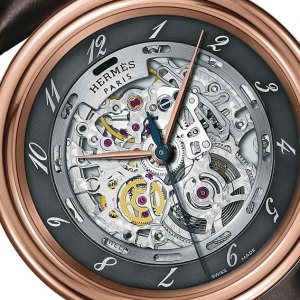 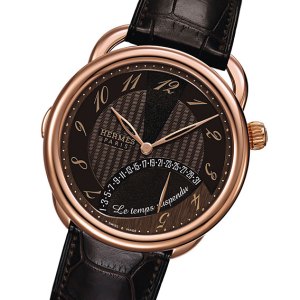 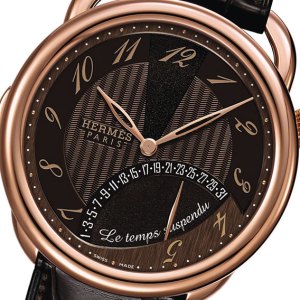 As far as I’m concerned, no one knows I design watches for Hermès,” says Henri d’Origny, the brand’s top designer since 1958. “There are no prima donnas here. No one is saying, ‘I want to be a star.’” D’Origny is surprisingly humble, especially compared to some of his more flamboyant peers in the high-pressure world of couture design. Having designed 40 silk scarves, 1,000 ties, and several alarm clocks as well as 20 watches for Hermès over the years, d’Origny regards watch design as a special challenge. “It takes a very long time [to get] from an original idea to a finished product, and there are so many filters,” he explains, referring to the many people involved in the process. “That can be dangerous—the definition of a camel is a horse designed by a committee.”

Watches at Hermès, according to d’Origny, are designed on another, more serious level than many of the fashion-oriented products at the Parisian luxury house. “There is one level that is very free, with the graphics, the scarves, the ties,” he says. “It’s fashion, with moods, color, atmosphere. With leather and watches, we are creating things that are classic, not meant to change from one year to another. They represent a big investment for Hermès to create and for the customer to buy. It is less consequential if your scarf design doesn’t work out; with a watch you have lost an enormous investment.”

The avuncular but supremely elegant d’Origny is quick to distance himself, and the brand, from some of his counterparts. “The fashion business in Paris is so ‘me, me, me,’ ” he says. “There is provocation, scandal—everything that goes against the philosophy of Hermès. Here, there is no bling bling, no scandal. We are serious. It’s a family business, so I consider myself a guest. Maybe I impose myself for too long but they treat me—and I them—with great respect and consideration. We can disagree, but gently.”

When it comes to his watch designs, however, d’Origny admits to a little more than merely chafing at his occasional loss of autonomy at the hands of the technicians, an intrusion that seems less likely to occur when there is a mere silk scarf on the drawing board. “I had a war with the technicians,” he says, describing the models designed to contain the brand’s new automatic caliber. “I protested vigorously with the Cape Cod as it became more enormous than I had conceived, and with the Arceau, well, Arceau is my child, and once you send your child out into the world—they go to boarding school, they get married, they get divorced, have lovers—you can’t control it. It escapes you.” He shrugs. “Quartz,” he concludes, “is a miracle. Quartz is bliss. It doesn’t interfere with your creative process. Quartz is one of the greatest inventions of all time.”

Despite d’Origny’s objections, the most recent Arceau, containing one of two new fairly small movements based on the new in-house automatic caliber H1912, is only 3.7 mm thick and sleek looking . . . a child that didn’t turn out too badly after all. Discreet, stirrup-shaped lugs are a subtle cue to the brand’s equestrian design heritage, and a single row of diamonds on the bezel adds only a small amount of bling. Few brands in recent years, in fact, have introduced small automatic calibers that can work in ladies’ watches, and this is perhaps a reflection of d’Origny’s triumph over the engineers after all.