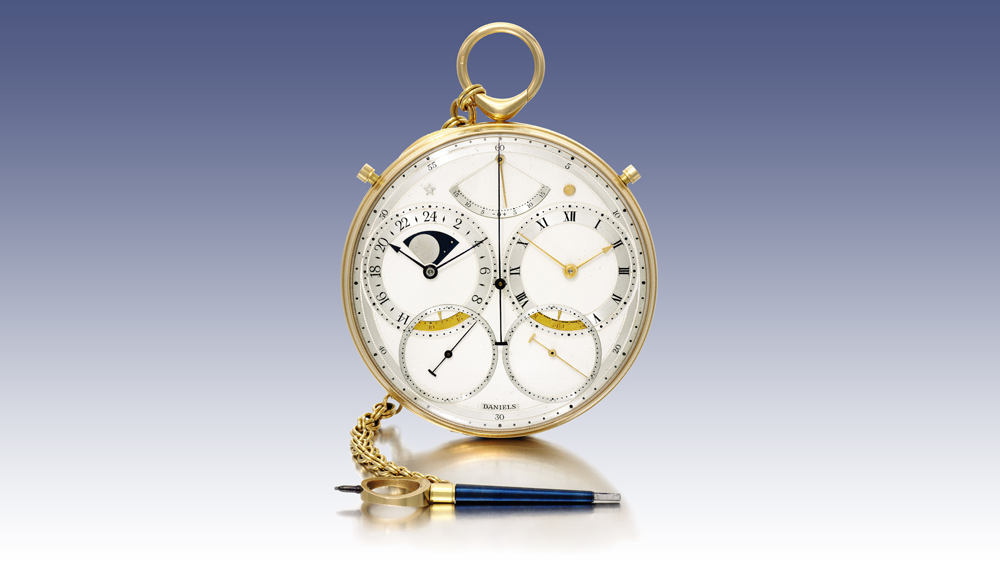 This past week saw yet another record-breaking sale on the timepiece auction circuit. But it wasn’t a vintage Rolex or Patek Philippe that broke new ground; rather, an epic pocket watch from none other than George Daniels set the new high. By hitting the $4.3 million mark, George Daniels’s Space Travellers became the highest-selling English timepiece to ever change hands.

One of two examples created by Daniels in 1982, the Space Travellers is regarded as one of his finest and most elaborate creations, featuring an independent double-wheel escapement with a chronograph, solar and sidereal time displays, and an exhibition caseback that exposes its complex inner workings. With Daniels regarded as the greatest British horologist of the 20th century, there’s little surprise the auction floor was abuzz with activity during the 10 minutes of bidding that led to the new record.

The last time this Space Travellers pocket watch traded hands was 2012, when the piece fetched a little over $2.1 million—again via Sothebys in London. Effectively doubling its last result, the sale marks an ever-growing trend in the collectible timepiece market. Over the past couple of years, we’ve seen multiple Rolex and Patek Philippe auction records shattered, and many are speculating that Paul Newman’s personal Rolex Daytona heading for auction this October will be the next to top the charts when it crosses the block with Phillips in New York.