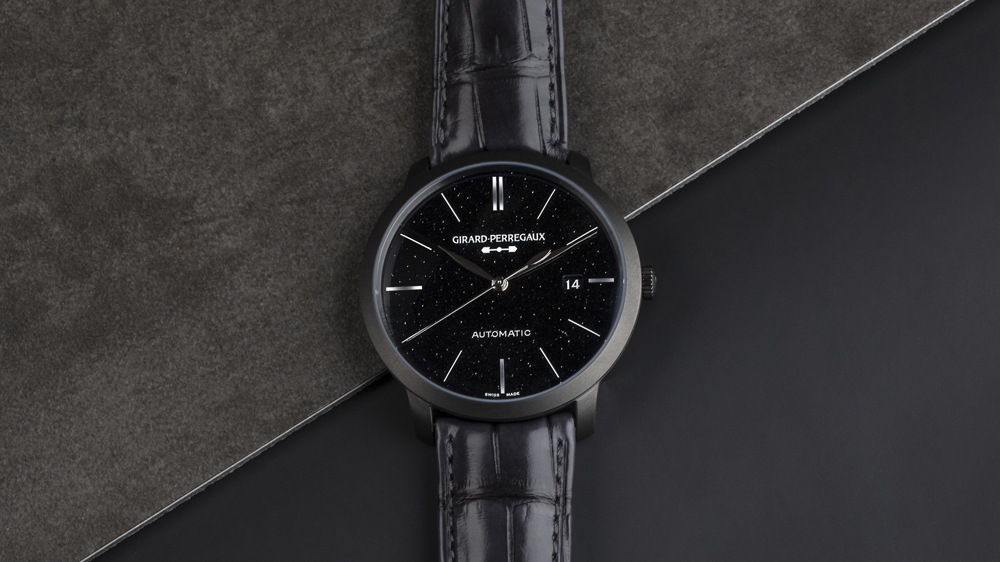 Despite the fact that it’s named after a specific year, Girard-Perregaux’s 1966 collection of timepieces is remarkably timeless. Unadorned to the point of being minimalist, the simple, round mechanical watches in the collection are distinguished by ultra-thin cases, smoky dials, leaf-type hands and tapered hour-markers—classic in every sense of the word.

The line recently welcomed three new cosmically-inspired models dubbed the 1966 Orion Trilogy, whose elegant styling pays homage to the night sky and the Greek myth of the giant huntsman.

Featuring black or blue aventurine, a sparkly mineral designed to evoke the three bright stars in Orion’s belt, the dials in the 1966 Orion Trilogy are slightly domed, an effect that adds a sense of depth to the timepieces yet, given the delicacy of the material, requires a high degree of technical sophistication to achieve.

The craftsmanship and technical savoir-faire evident in the Trilogy is in keeping with Girard-Perregaux’s reputation for mechanical excellence over the decades. In the 1960s, the brand was known for its pioneering chronometric accomplishments, including the world’s first high-frequency movement. The 1970s saw the brand strive for innovation in the field of quartz timekeeping, launching Switzerland’s first commercially produced range of quartz watches.

In 2013, the watchmaker debuted the Constant Escapement L.M. featuring an escapement spring incorporating a silicon buckled blade thinner than a human hair.

In addition to all of its devotion to precision timekeeping, however, Girard-Perregaux has long had a tradition of creating wristwatches that boast classic good looks.