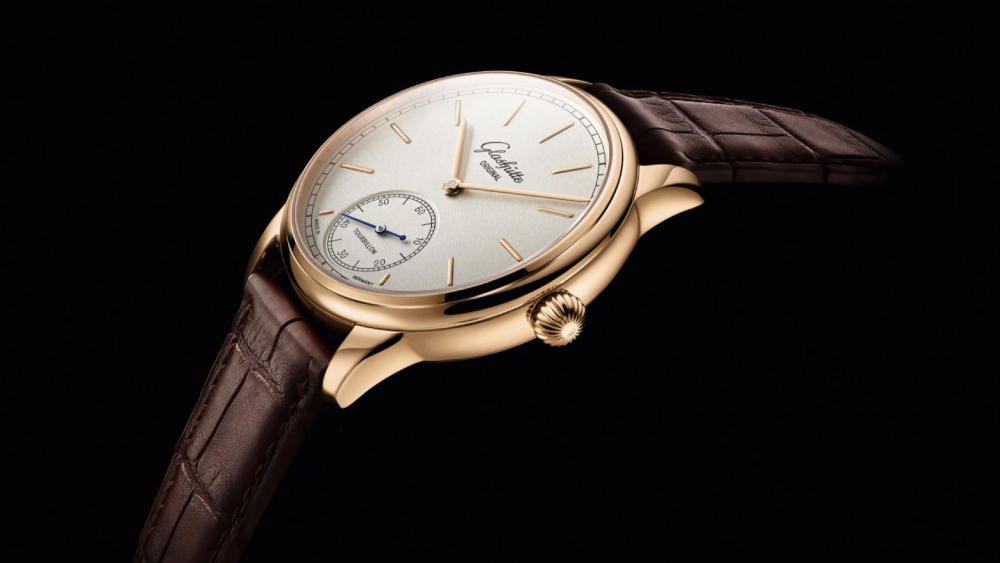 When it comes to something as precise and time-tested as the world of horology, the smallest innovations are cause for recognition. In celebration of a century since its pioneering watchmaker developed the flying tourbillon, Glashütte is issuing a new timepiece in homage to that breakthrough.

This year marks the 100th anniversary since Glashütte’s very own Alfred Helwig developed the flying tourbillon, distinguished from its non-flying counterpart by only requiring a single anchor point on the underside. The configuration gives the appearance that the tourbillon is floating within its cage, hence its name. The overall understated design takes its cues from historic models built by Helwig and his students at the German Watchmaking School Glashütte where he trained a generation of new talent to follow in his inventive footsteps.

Limited to only 25 examples, the classic model has a 40mm case forged from polished rose gold with front and back sapphire crystal water-resistant to three bars (30 meters). The dial itself is also fashioned in solid gold and subsequently silver-plated by friction for a handsome color and texture contrast. However, everything remains tied together by the rose gold, baton-style hands.

The classic case is made from polished rose gold.

Running on a manually-wound, in-house 54-01 caliber movement, it has 20 jewels plus two diamonds, a 3Hz frequency and an impressive 100 hours of power reserve. In keeping with the models of Helwig‘s era, its signature flying tourbillon is hidden on the reverse side of the movement. In an open frame, the balance and escapement revolve steadily around their own axis at precisely 360° per minute. In this way, the tourbillon effectively counters the negative influence of gravity on the rate precision. To prove its accuracy when it was first introduced, the flying tourbillon was tested by the German Naval Observatory in Hamburg, which yielded excellent results and helped cement its reputation in the watchmaking field.

For a finishing touch worthy of this fine piece of technology, it comes fixed to a buttery Louisiana alligator leather strap with rose gold pin buckle. Each specimen from the limited run retails for $121,800 excluding VAT. Head over to the brand’s website to learn more about the watch and the history behind its development.