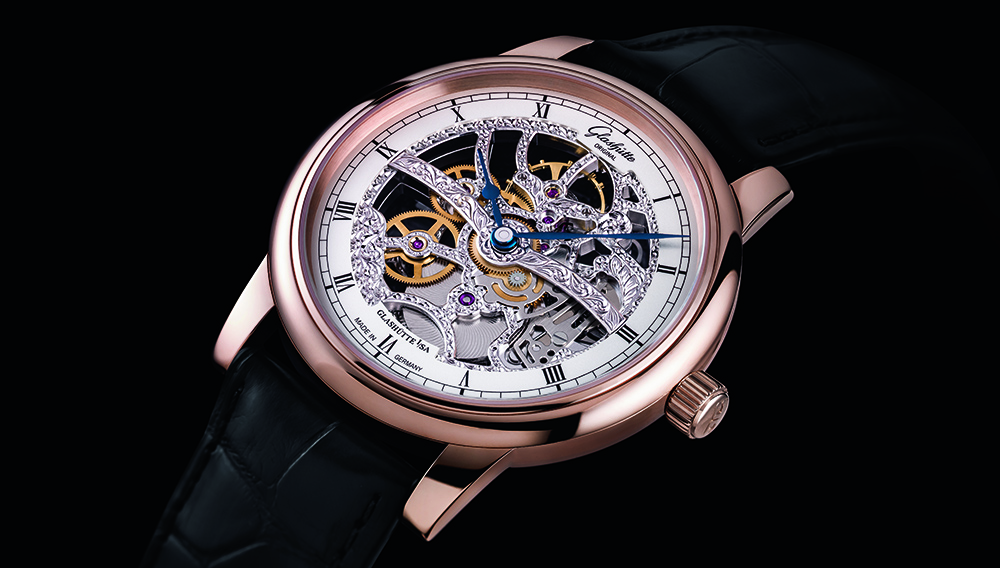 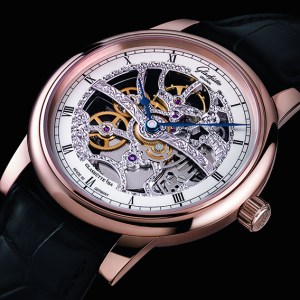 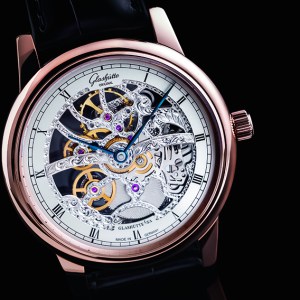 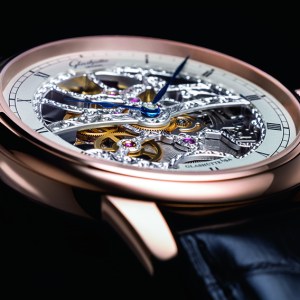 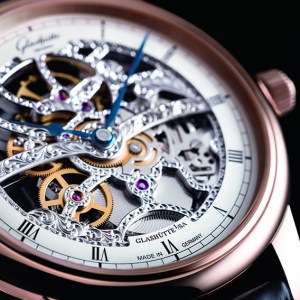 The visually arresting Senator Manual Winding Skeletonized Edition is one of the latest timepieces from the German watchmaker Glashütte Original. One of the more intriguing decorative techniques in horology (and the watch’s namesake), skeletonization involves removing extraneous material from the plates and bridges of the watch’s movement—providing a clear view of its mechanisms. Glashütte’s artisans then hand engrave what is left of the movement’s plates and bridges with intricate filigree, enhancing the sense of delicacy created by the skeletonization process.

The watch’s back crystal reveals further details, including jewels set in gold chatons held in place with blued screws as well as a swan-neck mechanism that allows for adjustment of the regulator. The watch’s galvanized-silver dial is also skeletonized, resulting in a simple ring marked with roman-numeral indices. Though beautiful, the visual complexity of skeletonized movements can distract from a watch’s fundamental task of telling the time. The Senator Manual Winding Skeletonized Edition addresses this problem with blued-steel hours and minutes hands, whose color provides enough contrast to retain legibility. The $37,100 watch has a power reserve of up to 40 hours and comes with a black strap made of Louisiana alligator leather. (www.glashuette-original.com)