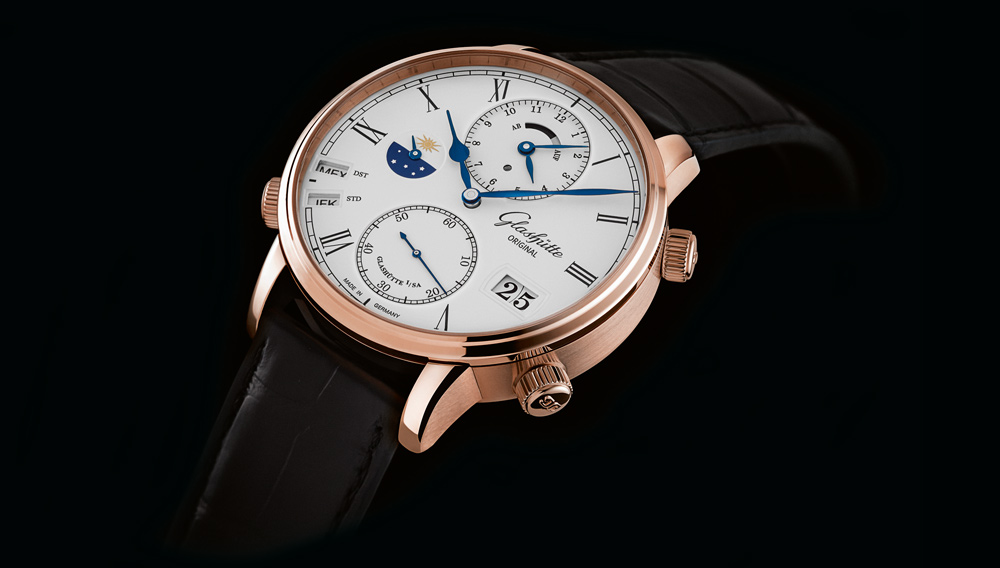 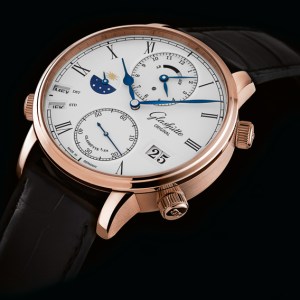 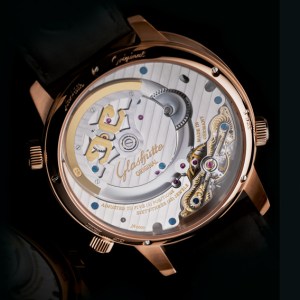 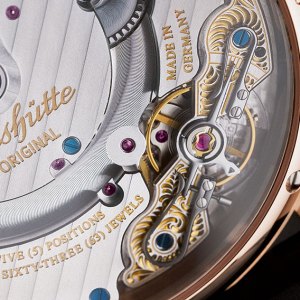 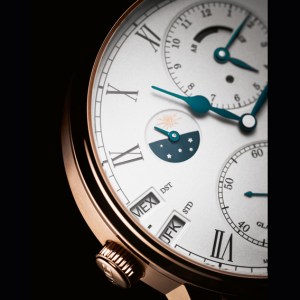 “What we had in mind initially was to generate a new innovation that would express how people perceive traveling through [multiple time zones],” says Glashütte Original CEO Yann Gamard, summarizing how his company planted its flag in the most contemporary mechanical complication area of travel watches. “We found the challenge so large, we decided to make an ultimate watch out of it.”

The Grande Cosmopolite Tourbillon, released in 2012, was indeed the most complicated watch the brand had ever completed, and one that contained the most expansive elaboration of world time complication that has yet been seen in the industry. While the maiden, mid-20th-century concept of changing time zones by dialing a destination city might have been just as suggestive as practical given the rigors of travel then, Glashütte Original souped up the complication for today’s on-the-go lifestyle. The Grande Cosmopolite Tourbillon married a 37-zone world time function to a forward- and backward-adjusting perpetual calendar, capped off by a flying tourbillon escapement. The beauty of the piece was that the user could precisely switch time zones—including the correct date—through a single crown.

The travel function itself was a marvel, not just because it accounted for both daylight saving time and standard time through twin destination windows but especially for the fact that it was designed to take on additional time zones as they are announced. “The world now has time zones on the half hour and three-quarters of an hour, and there is a [new] 38th time zone in North Korea,” notes Gamard. “We decided to create a function that would handle every quarter of an hour. We can actually incorporate 96 time zones without altering the movement, just the display.”

Glashütte Original’s masterwork was a supremely practical timepiece, but it was also an artisanally produced grand complication, and its production limit of 25 pieces reflects the difficulty involved in assembling it. Work soon began on a simpler version that decoupled the travel function from the other complications, and the Senator Cosmopolite released this year is the result of those efforts.

“Developers always say ‘yes’ when you ask them to do something simpler than before,” quips Gamard. “It turns out we had to completely redo the movement.” One reason is that in their quest for thinness, Glashütte Original’s designers nested components for the travel function and perpetual calendar around each other, an arrangement that no longer made sense when the perpetual calendar was removed. So the company took the opportunity to also make improvements such as changing the home time display to an easier-to-read 12-hour scale and reinforcing a number of wheels and pinions.

The Senator Cosmopolite now operates with three crowns, which are primarily used in the task of initializing the watch for the correct home time. Once traveling, destinations are selected using the crown at 4 o’clock. Changes to the date, including international dateline transitions, are made through a corrector. “We’ve managed to industrialize the travel function to a certain extent,” says Gamard, who hints at more to come in the range. “A third of the parts in the Senator Cosmopolite are old. A third are new and another third will be used in a piece that will come next year.”