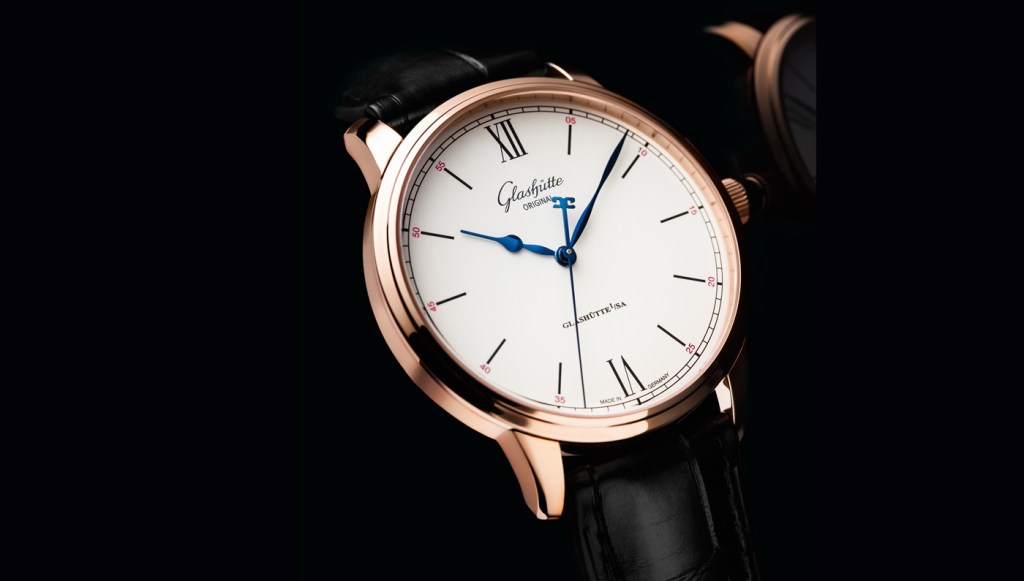 Before the Berlin wall fell in 1989, the watch factory that would become Glashütte Original was a manufacture frozen in time. Lacking access to computers and CNC machines, employees designed movements on drawing boards and made them on lathes. The watches—at that time made in large numbers for the Eastern Bloc—were sturdy, reliable, and highly traditional, built on three-quarter plates according to Saxon custom. After reunification, the reorganized Glashütte Original retained many of those traditional values, especially its penchant for self-reliance, even after its acquisition by the Swatch Group at the turn of the millennium. So cognoscenti were stunned to hear earlier this year that the newest Glashütte Original caliber would feature intensive collaboration with other Swatch Group companies, including a silicon hairspring made by the group’s Nivarox division.

Yann Gamard thinks the cognoscenti are overreacting. “I am convinced that if Abraham Louis Breguet had known this material [silicon] had existed 200 years ago, he would have used it,” says the Glashütte CEO. “He would never forego the advantages of isochronism and antimagnetism.” By Gamard’s reckoning, the new Calibre 36 is the epitome of horological tradition.

Recently deployed in the Senator Excellence, the three-hand automatic movement has been four years in the making—a year more than planned. The Glashütte way is to build a movement that is as strong and reliable as possible, not only as a stand-alone watch but also as a base for complications. “In Switzerland you see a lot of movements that are flatter than ours, but we’re not afraid to make a movement that’s a little thicker,” Gamard explains. “When you start to add four or five or six hands, it becomes a burden, and our objective is to create a robust movement that we can completely exploit.” The robustness of the Calibre 36 begins with the mainspring. Working with Nivarox, the company developed a new high-flexibility alloy called Elinflex and also a smaller barrel arbor that leaves more room for the spring to be wound, resulting in a power reserve of 100 hours. Gamard explains that the main advantage of all that stored power is not convenience so much as stability. Working in tandem with the new silicon hairspring and an optimized gear train, the Elinflex mainspring delivers almost no performance loss over the full hundred-hour timespan. (Every watch comes with a lab report showing the results of 24 days of rigorous testing, as well as a guarantee of chronometer-level performance.)

Beyond the materials and engineering, Gamard attributes the movement’s stability to the assembly process, which was streamlined to eliminate unnecessary handling. One notable innovation is a bayonet mount that secures the movement in the case in the way that a lens mounts to a camera. As a result of that simplification and many other refinements, the watches take less time than usual to put together. “From a cost standpoint, we’ve got more time on our hands to add more finishing,” says Gamard. Screws are blued, plates are angled, and every wheel is decorated, all according to Saxon tradition.

“Our challenge in Germany is to match the quality of the Swiss,” Gamard confides. By his reckoning, Swatch Group partners are not only facilitating that ambition, but also validating it. “When our partners come here from Switzerland, they don’t think ‘let’s go see those jokers there in Germany,’” he jests. “There’s mutual respect. With the Calibre 36, we have proved that once more.”