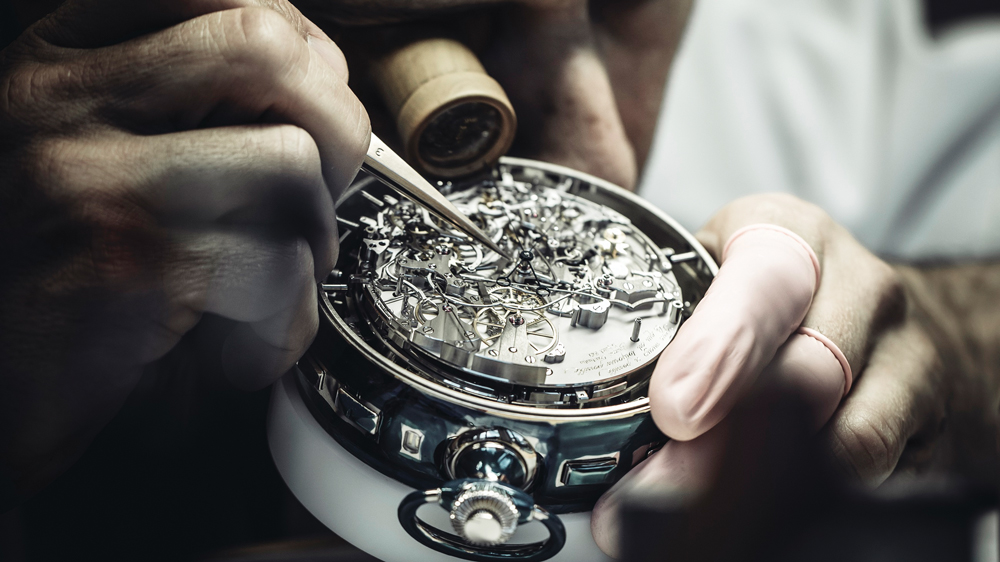 For the last 3 years, most of Vacheron Constantin’s major horological achievements—including the most complicated watch ever created—have come from the Les Cabinotiers bespoke watchmaking service. Led by Dominique Bernaz, the program has grown from three watchmakers and developers to 30 employees working on as many as 50 different projects at any given time, all driven by customers’ desire to have a timepiece unique to them.

Unlike many watch houses, which restrict themselves to the customization of exterior details, Vacheron Constantin empowers its Les Cabinotiers watchmakers to create special movements and complications. The watchmakers do much of the construction by hand, using techniques that were prevalent before mass production became common. Recognizing the wide spectrum of client preferences, the Les Cabinotiers program also encompasses a number of watches that can be given a few aesthetic tweaks and produced as bespoke pieces without the delay and expense associated with more complex orders.

Still, Bernaz expresses amazement at some of the offbeat watches his customers request. “We get many requests for pocket watches with unusual size and complications, including Westminster grandes sonneries and special calendars,” he says. But the challenge only pushes them more. “Fifty pieces in progress means 50 unique projects. That represents an enormous amount of creativity.”

After many years of producing commercial pieces, De Bethune is now focusing primarily on its custom offerings. The move has seemingly opened many creative vistas in meteorite and enamel dials as well as movement combinations that could never be made available to the general public in production quantities.

Louis Vuitton has long offered a customization option for its higher-end tourbillons. The new Tambour Moon Flying Tourbillon Geneva Seal from the brand’s enhanced complicated-watchmaking capability is the current canvas for engraving and other métiers d’art applications.

By virtue of its relationships with lacquer painter Andre Martinez and enamelist Ilgiz Fazulzyanov, Bovet is now a first stop for anyone interested in portraiture on their watch. The variety of dials and case covers in the brand’s collection easily lends itself to different applications of the art forms.

Since its conception in the 1930s, Jaeger-LeCoultre’s Reverso has provided a wonderful canvas for personalization. Now, with the Atelier Reverso program, staff at select boutiques may suggest a number of special options or let you peruse a selection of dials and strap options.

Thanks to his direct control of the production of cases and dials at his Arizona workshop, Geoffrey Roth’s customers can easily order bespoke versions of his models, including those made with the ever-popular Damascus steel.