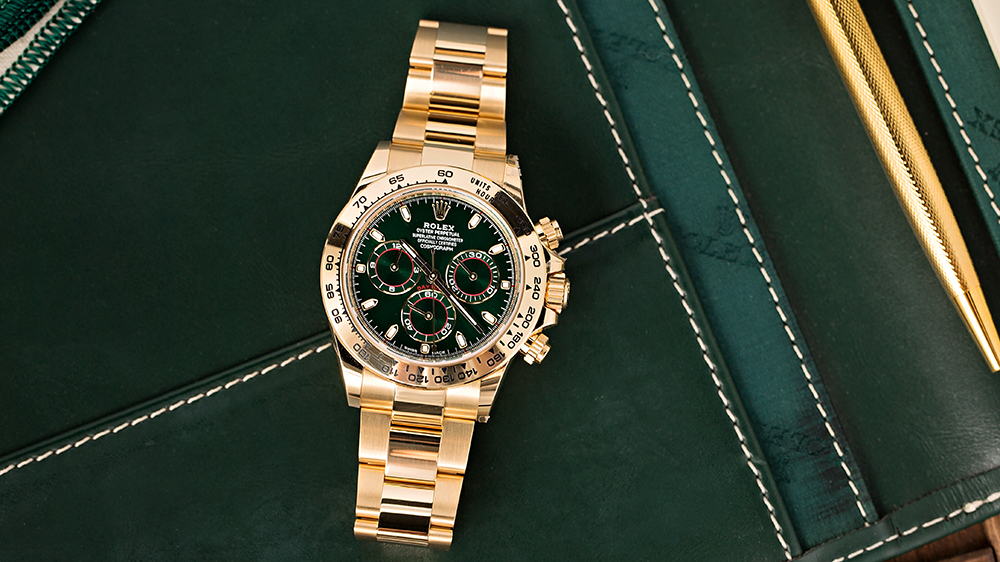 Consider them the Gordon Gekkos of the Swiss watch industry, maligned as symbols of 1980s-style excess. For years now, gold watches have played second fiddle to more practical steel sport models, demand for which has continued to soar even in the midst of the pandemic.

But some watch dealers are convinced we’re on the brink of a long-awaited gold rush, with the precious metal breaking the $2,000-an-ounce barrier for the first time in August. Fine jewelry has already seen a return to the material at nearly every major brand, while Gucci made a splash with its retro, $1,800 jumping-hour Grip watch in yellow gold. Driven by interest from the Asian market, as well as a general flight to tangible assets in light of the past year’s economic uncertainty, gold appears to be, finally, on an upswing.

“The lasting value of gold fueled the sale of gold watches and jewelry throughout 2020, and we don’t see an end to this trend,” says Ruediger Albers, president of Wempe Jewelers, a luxury watch and jewelry boutique on New York’s Fifth Avenue that is selling gold models such as the Rolex Submariner, the Patek Philippe Twenty~4 ladies series and Chopard’s new Alpine Eagle. “Plus, people are tired of being grim and gray,” Albers says. “They want a little bit of glam.”

Gold watches are also starting to keep pace in the secondary market as skyrocketing demand for steel models from the big three—Audemars Piguet, Rolex and Patek Philippe—creates scarcity. In its white-, yellow- and rose-gold configurations, the beloved, discontinued Patek Philippe Chronograph Ref. 5070 still sells for less than the brand’s elusive (also recently discontinued) steel 5711/1A, a.k.a. the Nautilus, on WatchBox, the pre-owned e-tailer. But according to WatchBox CEO Justin Reis, who spoke to Robb Report in February, availability of select gold Rolexes has tightened as demand has seemingly doubled, noting that “40-millimeter gold Day-Dates are going over retail for the first time ever” and “Patek Philippe Nautiluses in rose gold are trading at approximately two times their retail value.”

Paul Altieri, founder and CEO of Bob’s Watches, an online pre-owned Rolex dealer, has noticed the same trend. “The yellow-gold GMT-Master II with green dial is crazy hot,” he says. And the gold Cosmograph Daytona (pictured above), which retails for $36,650? Even hotter. “It’s currently selling for about $65,000,” Altieri says. The time is finally ripe, it seems, for a little gold prospecting.

Check out three important gold watches worth their weight below: