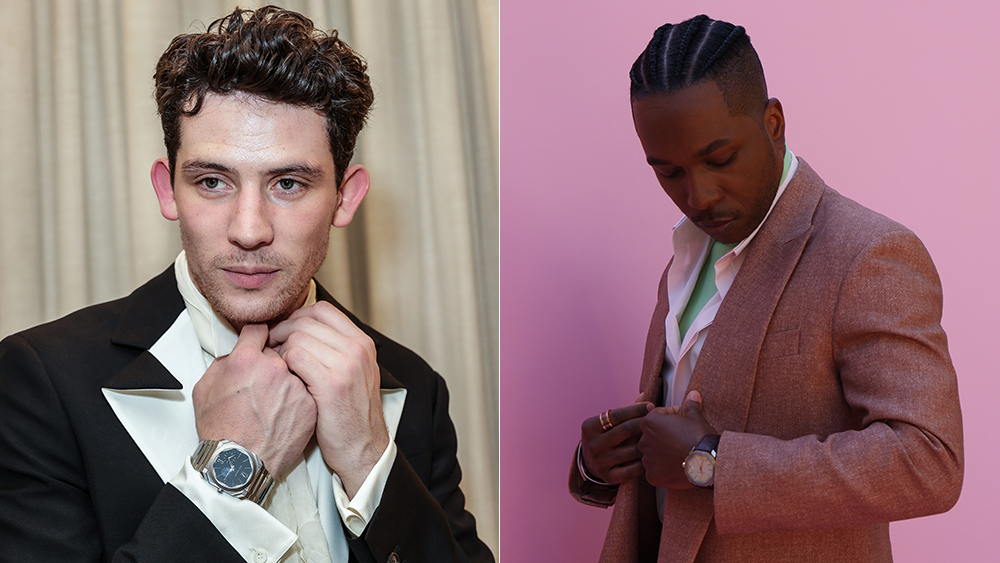 Call it self-awareness, sensitivity to the moment or both, but none of the stylish gents in attendance at Sunday night’s Golden Globes accessorized their tuxedos with a particularly flashy watch. Don’t get us wrong, the timepieces on display were unquestionably luxurious examples of hardworking horology. But a vintage gold Rolex Submariner, a la Justin Theroux, is hardly of the order of the $1 million diamond-covered work of extravagance Nick Jonas wore to last year’s ceremony.

That might be because of the casual and somewhat restrained nature of the 2021 proceedings. With a live audience full of essential workers, thanked profusely by winners and presenters alike for their efforts to combat the pandemic, and hoodie-clad A-listers Zooming in from their homes, the event often felt more like an after-work virtual happy hour than a full-throated awards-season show. So perhaps donning the kind of watches that feel approachable to those who aren’t quite masters of the universe yet was the right move.

From Dan Levy’s classic Cartier Santos to Leslie Odom Jr.’s Bulgari Octo Roma, here are the high-end (but not astronomical) watches at the 2021 Golden Globes.

Levy’s ultra-modern, day-glow yellow look from Valentino Couture found a classic counterpoint in the stainless steel Cartier Santos watch on his wrist. The Santos, a descendant of what some consider the world’s original wristwatch, is exactly the kind of grounded throwback a bold menswear move like this needs.

The One Night in Miami star also donned Valentino—and accessorized his look with stainless steel and rose gold Bulgari Octo Roma on a brown alligator-skin strap. Like many of the other nominees and presenters, Odom Jr. sent in some images of himself to make up for the absence of a red carpet.

The star of The Great chose a Jaeger LeCoultre Reverso, a horological classic if there ever was one, to complement his double-breasted velvet tuxedo from Giorgio Armani. When the next post-vaccine gala season rolls around, don’t be surprised if you see young donors accessorizing their formalwear with sharp t-shirts, too.

The actor, who won Best Performance by an Actor in a Television Series for his stint as Prince Charles in The Crown, paired his Loewe look with a restrained and slender stainless steel watch from Bulgari’s Octo Finnisimo line.

Justin Theroux’s gold Rolex Submariner, paired with trimly tailored Yves Saint Laurent and jewelry from Cartier, was reportedly made in 1971—the same year he was born. There’s a romantic quality to owning a watch that’s been ticking as long as you have, which makes it one of our favorites from the evening.