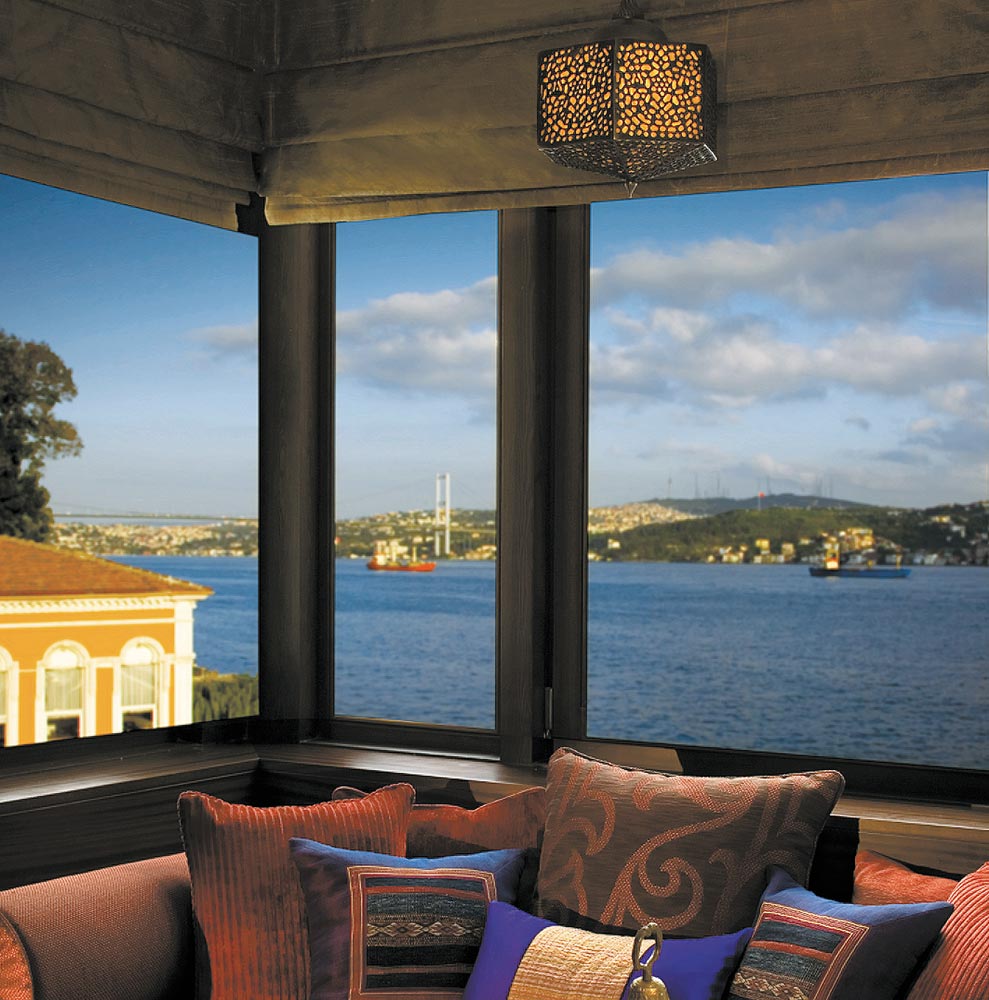 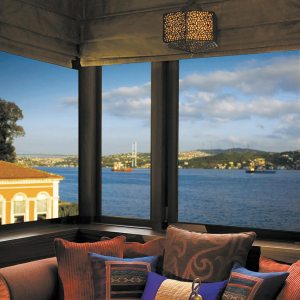 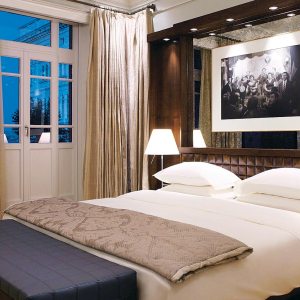 Well before the Four Seasons Hotel Istanbul at the Bosphorus opened, engaged socialites were vying to be the first couple to marry on the hotel’s waterside terrace. The inaugural ceremony, which took place two weeks after the property’s July 2008 debut, wedded one of Turkey’s most eligible bachelors and his Brazilian fiancée, as black-tie guests looked on.

The Bosphorus hotel is the sister of Istanbul’s original Four Seasons, which is located in the city’s historic center of Sultanahmet. In 1999 the owner of the Sultanahmet property acquired a 19th-century palace on the Bosphorus’ European bank. The ensuing renovation added two modern wings with 166 guest rooms and suites, and a 22,600-square-foot spa.

Across town, at the Park Hyatt Istanbul Maçka Palas, some guests can have a spalike experience without leaving their rooms. The hotel’s contemporary suites include Turkish steam rooms and, like all of the 90 guest rooms, limestone bathrooms with soaking tubs. Maçka Palas, which opened in November, is situated in the upscale shopping district of Nisantasi, where guests can find an outfit for a wedding or any other occasion. Four Seasons Hotel Istanbul at the Bosphorus, +90.212.381.40.00, www.fourseasons?.com ($465–?$25,055); Park Hyatt Istanbul Maçka Palas, +90.212.315.1234, www.park.hyatt.com (from $500)