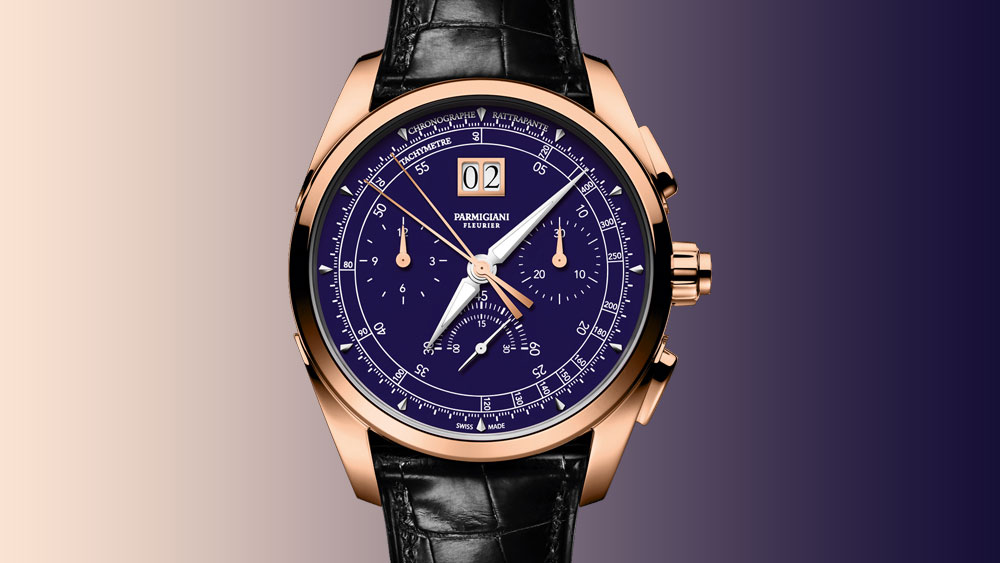 Each year the world’s best watchmakers compete for the industry’s top prize—the Grand Prix D’Horlogerie de Genève’s coveted Aiguille d’Or. The foundation just unveiled the list of competitors this past week, and it’s looking like another very competitive year across all categories, which include Men’s, Women’s, Chronographs, Tourbillon, Mechanical Exception, and Artistic Crafts (among others).  With the November awards at front of mind, we’ve rounded out a list of the top contenders in these 6 key categories.

Want to go beyond just the top contenders? No problem: You can see the entire list of 2017 GPHG entrants as well.

A total of 33 watches round out the Ladies’ and Ladies’ High-Mech categories of the GPHG, though Lange’s Little Lange 1 Moonphase and Chanel Première Camélia Skeleton are at the front of the pack. Lange’s update to the moonphase includes a decrease in overall size as compared to the previous model, as well as an exquisite white guilloché dial.

The Camelia, on the other hand, is Chanel’s second in-house manufacture caliber, and one of the more thoughtfully executed skeletonized movements we’ve seen from the ladies’ category in recent years.

Rexhep Rexhepi—the young master watchmaker behind Akrivia—has been on our radar for a while now, and his latest (and simplest) creation may finally earn him the global recognition he deserves. The AK-06 is his first non-tourbillon timepiece, and Rexhepi once again focuses on bringing the mechanical intricacies of high watchmaking to the forefront rather than hiding them behind a dial.

Boasting a 3rd world record for Bulgari (this time, for delivering the slimmest ultra-thin self-winding watch on the market), the Octo Finissimo Automatic was one of our favorites in Basel thanks to its exceptional fit and feel in an unorthodox form. Rarely do we see unorthodox case shapes in the ultra-thin category, and from conversations with other editors and collectors alike the new Octo has a lot of fans.

The chronograph category is going to require ample deliberation in 2017. Parmigiani’s first integrated chronograph—a beautiful split-seconds chronograph with a rich blue enamel dial—is a retrospective of sorts of the brand’s 20-year history.

And Zenith wins points with the Defy 21 for bringing to market a reasonably affordable and edgy chronograph capable of timing 1/100th of a second thanks to a dedicated 50Hz high-frequency balance for chronograph operation.

Last (though certainly not least), the Singer Track 1 we covered earlier this year is powered by the revolutionary AgenGraphe movement. After Agenhor’s recent GPHG victories over the last couple years, the Track 1 (and the Fabergé Visionnaire Chronograph using the same caliber) is likely to have plenty of fans on the judging panel.

The 1740-The First 8 is one of those rare creations that has the entire industry waiting with bated breath.

Candaux is no stranger to fine watchmaking; he’s the watchmaker behind Jaeger-LeCoultre’s Duomètre Hybris Mechanica à Grande Sonnerie and was involved in MB&F’s HM6 (among others), though this latest creation flies under his own name.

On the flip side of the coin, the big, brash personality of the Kerbedanz Maximus is what landed it on our list. Does it break new ground? Sort of—you’re looking at the world’s largest tourbillon in a wristwatch. While this has no impact on its performance, there’s something both charming and unforgiving about the finely executed piece. In an industry where the tourbillon has become so common in high watchmaking, we’ll credit Kerbedanz for going a little “outside the box” with this one.

Though it’s another field filled with strong contenders, the Chopard L.U.C Full Strike and A. Lange & Söhne Tourbograph Perpetual will no doubt be battling for the lead.

The Full Strike took home our Best of the Best award in the men’s category for its ingenious movement design, whereas the Tourbograph’s never-before-seen combination of a tourbillon, split-seconds chronograph, perpetual calendar, and fusée chain set it apart as a brilliantly complex (yet still highly wearable) piece of horological genius.

On the opposite end of the spectrum, the GPHG entrants list includes a broad selection of highly artistic rare crafts for 2017. For the Aki-No-Kure, Kari Voutilainen turned to the world class Unryuan Lacquer Studio in Japan to complete the elaborate dial, bridge detailing, and caseback cover art, all of which took in excess of 1,000 hours to complete.

In the case of the Louis Moinet Space Mystery, its dial technique is just that—a secret process the brand is keeping undisclosed. Having seen the piece in person, we can attest to its almost magical properties—a vibrant and reflective blue material layered over a broad web-like three-dimensional dial.