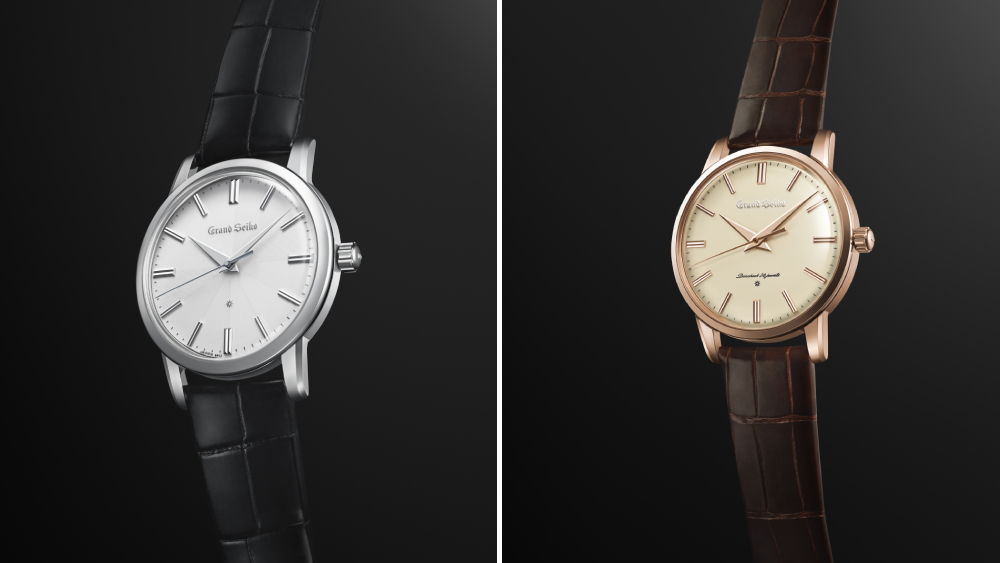 Grand Seiko is on the brink of two momentous anniversaries in its company history. To commemorate these important milestones, the brand is launching two limited-edition timepieces that showcase its horological expertise.

Seiko founder Kintaro Hattori was born in Tokyo, Japan 160 years ago and started his company at the young age of 21. To honor the first of these special occasions, Seiko’s elite Micro Artist Studio has crafted The Kintaro Hattori 160th Anniversary Limited Edition SBGZ005, a model powered by the manufacture’s infamous Spring Drive movement. To honor the birth of the company itself, Seiko is unveiling the Seiko 140th Anniversary Limited Edition SBGW260.

It’s logical that the watch honoring Hattori should be the more rarefied of the exclusive duo. Measuring 37.5mm across and 9.6mm thick, the 160th Anniversary Limited Edition has a case forged from platinum 950 that was Zaratsu polished for a distortion-free finish. Delicate processing techniques create a dial of subtle depth variation marked with solid 14K gold indexes behind sapphire crystal for effortless legibility.

Internally, it is powered by a Caliber 9R02 movement which is assembled, adjusted and finished by hand, and incorporates an 18k yellow gold plaque engraved with “Micro Artist”, a phrase which can be replaced with one of your choice. It produces 84 hours of power reserve, is water-resistant to 30 meters and secures with a supple alligator strap featuring a tri-fold clasp.

The 140th Anniversary Limited Edition is likewise beautifully crafted and doubles as a bit of physical history: it’s a faithful recreation of the first Grand Seiko watch from 1960. Measuring 38mm across and 10.9mm deep, the slender style has a case molded from warm 18K rose gold to coordinate with the dial’s gold indexes.

Its manually wound Caliber 9S64 movement has 24 jewels, an accuracy rate that is +5 to -3 seconds per day and produces a 72-hour power reserve. The anniversary is marked by the trademark “S” engraved on a gold plate set into the movement’s bridge, something Hattori registered in 1900 as the symbol of his Seikosha factory. An alligator strap with a tri-fold clasp completes the sleek model.