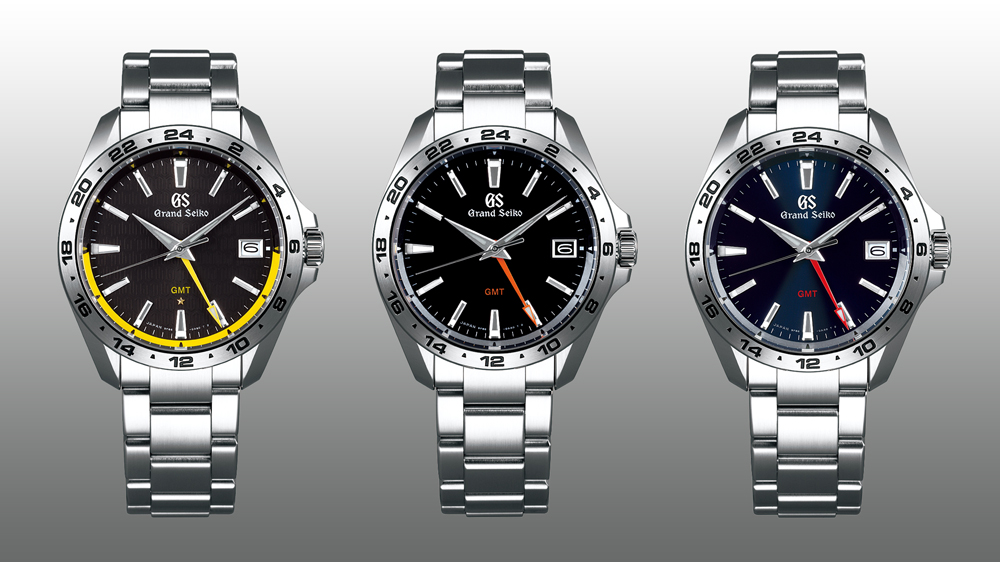 Touted as “the highest-performance quartz watch in the world,” Grand Seiko’s Caliber 9F was critically acclaimed when it was introduced in 1993 and has remained a cult favorite over the past quarter-century. That, of course, is both for its less-is-more elegance and its ultra-precision (just +5 to -5 seconds per year).

Now, the Japanese watchmaker has upped the ante with the first-ever Grand Seiko 9F quartz GMT caliber, aimed at travelers in search of a reliable, super-accurate timepiece for life on the road.

The product of a subtle redesign that includes a new main plate, gear train, and process for attaching the hands, the GMT—housed in a 39 mm stainless-steel case and bracelet—bears the same simplified aesthetic and functionality as its predecessor. The minute and seconds hands extend to the edge of the dial, there’s a backlash auto-adjust mechanism that eliminates any shudder in the seconds hand, and there’s a super-swift date change. And it does it all with high precision, thanks to the use of aged and individually selected quartz crystals.

Unlike the white-dial original, however, the GMT is distinguished by a metallic charcoal dial imprinted with a pattern resembling Grand Seiko’s traditional quartz symbol to commemorate the Caliber 9F’s 25th anniversary. A vivid yellow band decorates the outer rim of the dial, from three o’clock to nine o’clock, to make clear whether the GMT hand indicates a.m. or p.m. And at the six o’clock position, a five-pointed gold star symbolizes Grand Seiko’s “Special” level accuracy.

Offered in a limited edition of 800 pieces, the 9F 25th Anniversary SGBN001 retails for $3,500 and will be available in October.