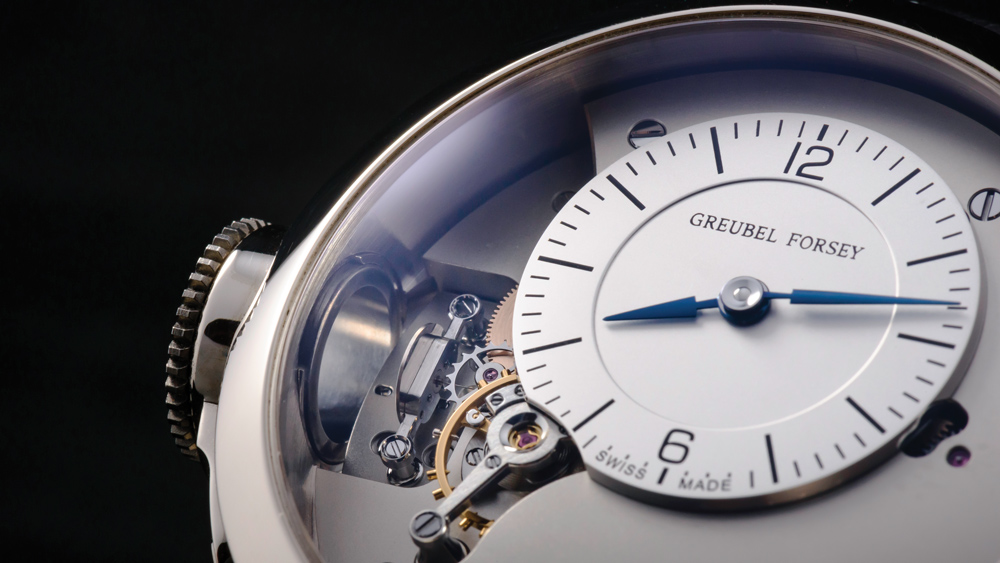 After a decade of research and development in its Experimental Watch Technology Laboratory, Greubel Forsey has made a huge breakthrough on a miniature matter. The Mechanical Nano concept piece is the second proof of concept demonstrating the manufacture’s ability to miniaturize its movement’s components—in this case, a foudroyante that is visible only via a small magnifier in the side of the case.

By shrinking some components, the company has been able to free up a significant amount of space—in this development prototype, the foudroyante takes up roughly 10 percent of the volume of a standard version. These and other potential changes to both dimensions and mass can also lead to an amplification of the power reserve, allowing their team to draw 180 days of reserve from the same mainspring barrel that would provide 3 days in a conventional watch.

In the hands of Greubel Forsey’s masters of complicated watchmaking, these two advances may open doors to further achievements previously thought impossible in timepieces. Being fundamentally limited to the amount of space in a reasonably-sized wristwatch case, the ceiling of capability in watchmaking has been officially raised. Theoretically speaking, Greubel Forsey may be able to free up significant real estate within the watch case, allowing its movement designers to combine more complications in a single timepiece than previously thought possible.

So far, details remain particularly vague regarding the next steps of the Mechanical Nano project, however it is clear this isn’t going to remain in concept phase for long. Stephen Forsey himself has stated that the miniaturization process will be a part of a production model within the next year.