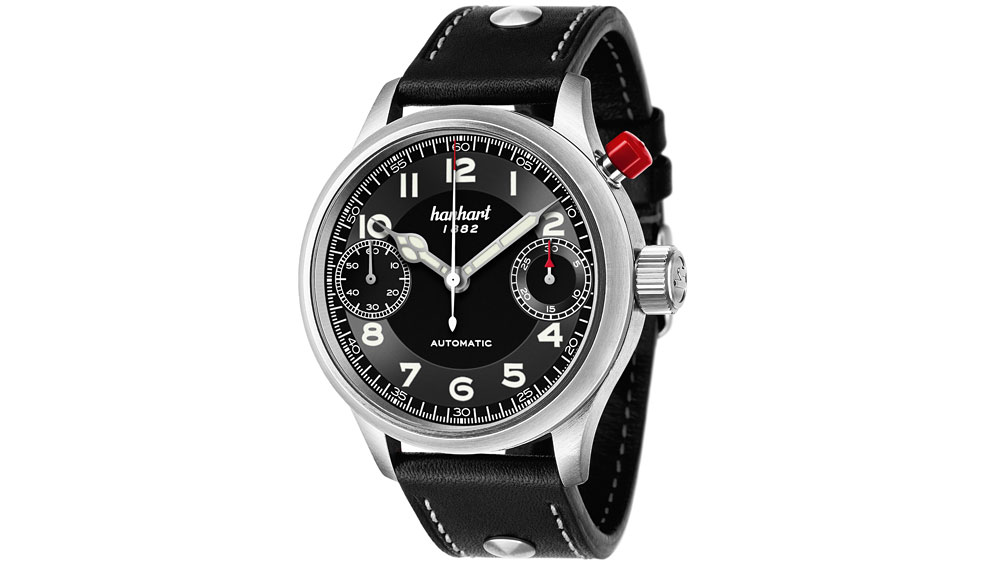 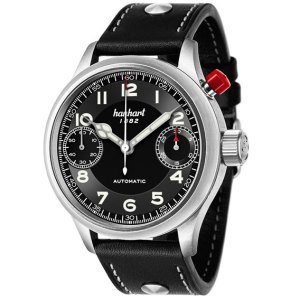 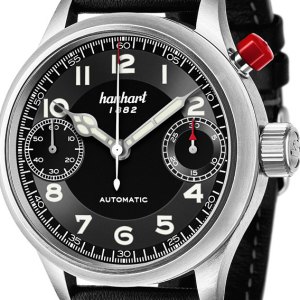 If you like to use your chronographs to perform the function of a stopwatch, it is only natural that you might be interested in a timepiece that has its roots in stopwatches. The Swiss-German firm of Hanhart distinguished itself by developing its own stopwatches in the early 20th century, and later, pilots’ watches during the Second World War. The company’s latter-day Pioneer MonoScope ($7,900) combines both of these historical threads into one timepiece. With its distinctive wide-set, dual-counter—often referred to as bi-compax—dial design, the MonoScope is clearly a period pilot piece. A single offset pusher, like those in the stopwatches of an even earlier period, actuates the chronograph. Both features are made possible by an exclusive module over an automatic movement.