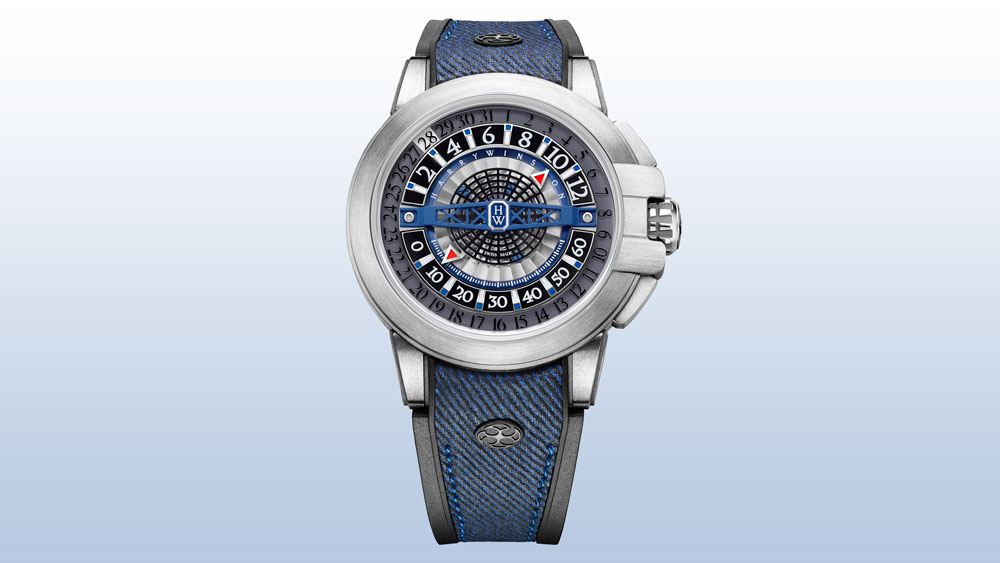 Since the Swatch Group acquired Harry Winston in 2013, it has reinforced the brand’s heritage as a purveyor of important diamonds, introducing lavishly set ladies’ watches and acquiring a 101.73-carat, D-flawless diamond for $26.7-million, which it christened the Winston Legacy. The Project Z watch collection is a reminder of the company’s more recent history as a pioneer of avant-garde watch design. Although the brand only occasionally revisits its groundbreaking Opus collection (which was launched in 2001 in collaboration with independent watchmakers), the Z collection, introduced in 2004, hails from the same era, when brands were experimenting with unconventional designs and alternate materials like titanium and ceramic.

Project Z was one of the more creative collections to come out at the time, with its signature asymmetrical dial design and off-centered indications. And of course there’s the case material, from which the collection takes its name. Zalium is a zirconium-aluminum alloy proprietary to Harry Winston. The material is similar to the zirconium-based alloy used in the engineering of turbine blades, largely because of its hardness. Combined with aluminum, zirconium is hypo-allergenic and corrosion-resistant, making Zalium highly durable. It is also lightweight and has a lustrous gunmetal finish.

As the name also suggests, the Z12 ($24,800) is the 12th in the series of Project Z watches, all with Zalium cases. It contains a new movement – the automatic HW3306 – developed exclusively for this model, with a silicon balance spring, a white gold openworked rotor, and 72 hours of power reserve. The watch is a concentric bi-retrograde with two scales—one for hours on the upper dial and one for minutes on the lower dial separated by a large bridge. Each uses a red arrow-tipped indicator along a 140-degree arched index. The red arrows advance along each arc and then jump back to the beginning, which between the two hands, happens 26 times a day – once each time a new hour begins on the minute scale, and twice as the hour hand reaches the 12-hour mark at noon and midnight.

The arched blue bridge that straddles the central axis of the dial is meant to evoke the bridges of Manhattan which inspired Harry Winston’s life and work. A similar bridge was used on both the Z10 and the Z11. The three arches that surround the crown are likewise a nod to the brand’s heritage, recalling the three arches over entrance of Harry Winston’s Fifth Avenue Flagship store.

The font makes the dial look a bit like a roulette wheel, a visual that is reinforced by the date circle on the outer index, where a ring marked with a luminescent marker moves under the numerals, illuminating the correct number. The watch is highly readable, however, once you adjust to the unconventional method of reading the time. It is also a large watch – 42.2 mm in diameter and 11.27 mm thick, including a domed crystal to accommodate the large bridge. The timepiece comes on a strap that appears to be a denim weave but is actually calfskin printed to look like denim, with a rubber underside. It is limited to 300 pieces.