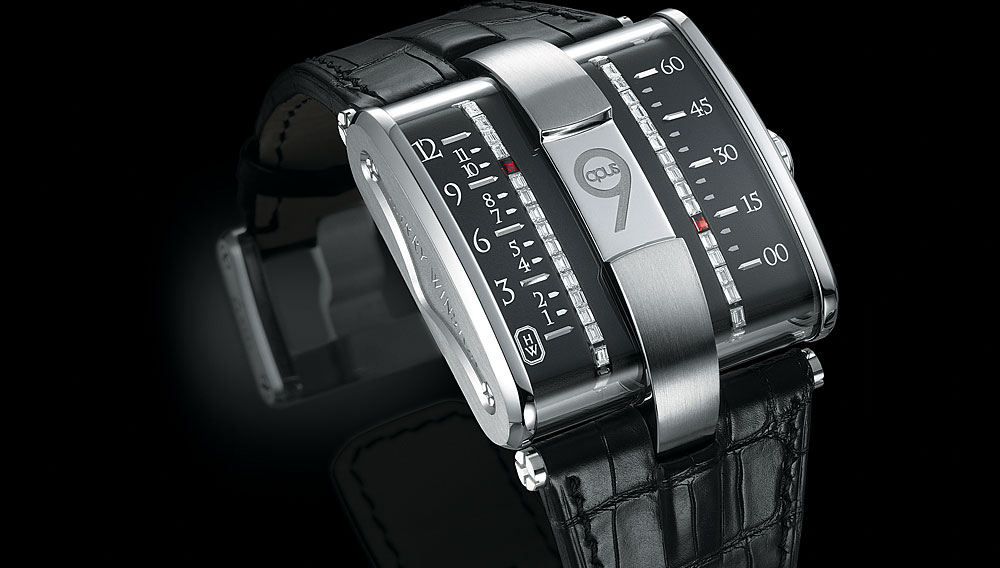 Since the introduction of its Opus 1 watch in 2001, Harry Winston has done what few jewelry houses have been able to do: capture the imaginations of serious collectors. Limited to six pieces for each of three movements—a tourbillion, a five-day automatic, and a resonance chronometer—the Opus 1 series, produced in collaboration with master horologist F.P. Journe, established a foundation of credibility on which the jeweler has continued to build, producing a succession of Opus watches that now grace some of the world’s most esteemed collections. One of Harry Winston’s latest Opus projects, the Harry Winston Opus 9 (800.988.4110, www.harrywinston.com)—a silver-and-black monolith with a diamond-and-mandarin-garnet time display—further reinforces the brand’s reputation for audacious design. The relatively straightforward yet highly imaginative watch uses two linear dials; each dial is made of a moving diamond chain with mandarin garnets that point to the correct hour or minute.

The Opus 9 is the result of a collaboration between two independent artisans, designer Eric Giroud and movement specialist Jean-Marc Wiederrecht, and the timepiece is a perfect amalgamation of their skills. Giroud contributed the lozenge-shaped case, urbane color scheme, and numerical motifs that subtly recall Art Deco style. Wiederrecht’s movement is deceptively simple. Constantly moving discs engage teeth on the chains, much like a tank’s tread, driving them forward at the appropriate speeds.