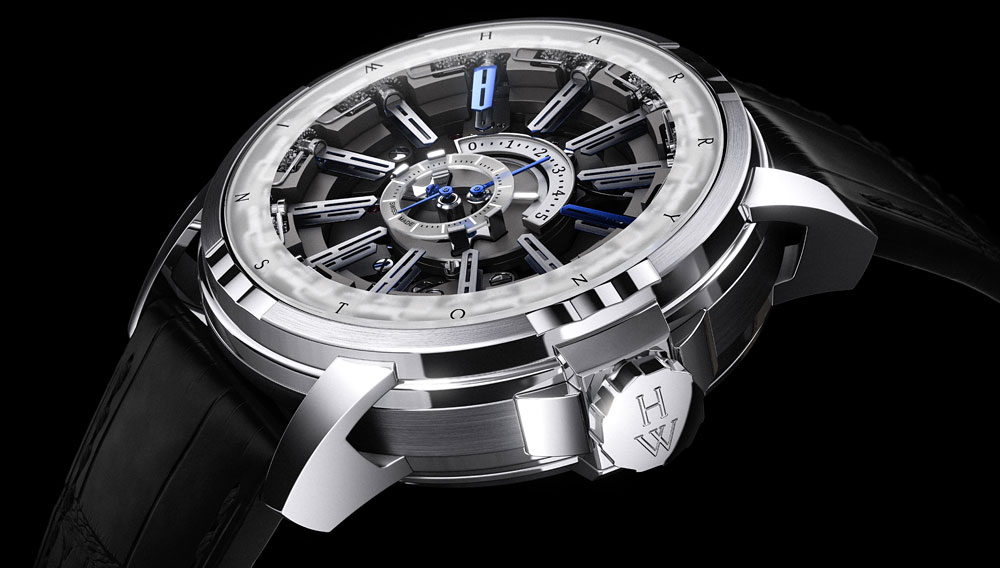 When the Swatch Group announced its acquisition of Harry Winston in mid-January, it came as a surprise to most industry insiders, and the move may have important consequences for collectors who have come to admire Harry Winston’s eclectic and unpredictable watchmaking style. Over the past few years, the brand has drawn an impressive following of watch collectors with an appreciation for its unique timepieces and movements, which are the result of partnerships with specialty workshops and artisans. With little capacity of its own, Harry Winston has become a top customer to many of the specialty and complication workshops that are a shrinking part of Switzerland’s watchmaking industry. Diverse collaborations with independent watchmakers—as in the well-known Opus series—are now part of the character of its men’s pieces. But the Swatch Group’s tightly managed and comprehensive industrial base contrasts sharply with the methods with which Harry Winston has built its watches over the last few years. The question of whether these will be allowed to continue under Swatch, itself in the process of reducing its commerce with the rest of the industry, will make the unfolding of this acquisition especially interesting. With a solid following in its watches and diamond jewelry, Harry Winston will be a brand to watch in 2013.