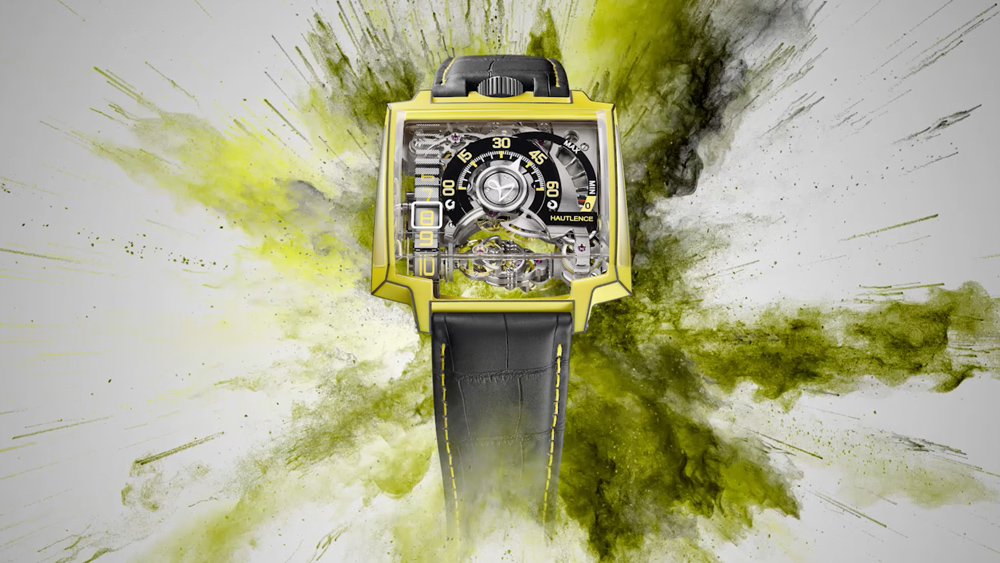 Though a relatively small firm in the watchmaking industry—producing roughly 200 timepieces annually—Hautlence is not one to shy away from innovation. The Vortex watch is a peculiar beast to begin with, as its complex geometric case comprises seven three-dimensional sapphire crystals exposing its inner workings. Two years after its initial release (in titanium), the brand has unveiled the Vortex Gamma, cased in a ceramic composite dubbed HLLightColor.

The benefits of this new composite are threefold. Though remarkably strong, the material is four times lighter than titanium. It also has the ability to be machined to the same level of precision as conventional case materials, meaning the Vortex Gamma can be mirror-polished, brushed, or blasted depending on the desired effect.

The final and most significant advancement with the development of HLLightColor is precisely that: color. Typically, ceramic cases in the watch industry have primarily appeared in black or white, with the exception of a few offerings from Bell and Ross and the Swatch Group (including the Omega Seamaster Big Blue). According to Hautlence, the Vortex Gamma’s cases can be created in any color of the Pantone color spectrum, opening the door to a level of customization seldom seen when it comes to watch cases.

The first three examples of the Vortex Gamma—presented in black with yellow accents, black with red accents, and neon yellow with black accents—will be limited to eight pieces per color, priced at 170,000 CHF (USD pricing not yet available).