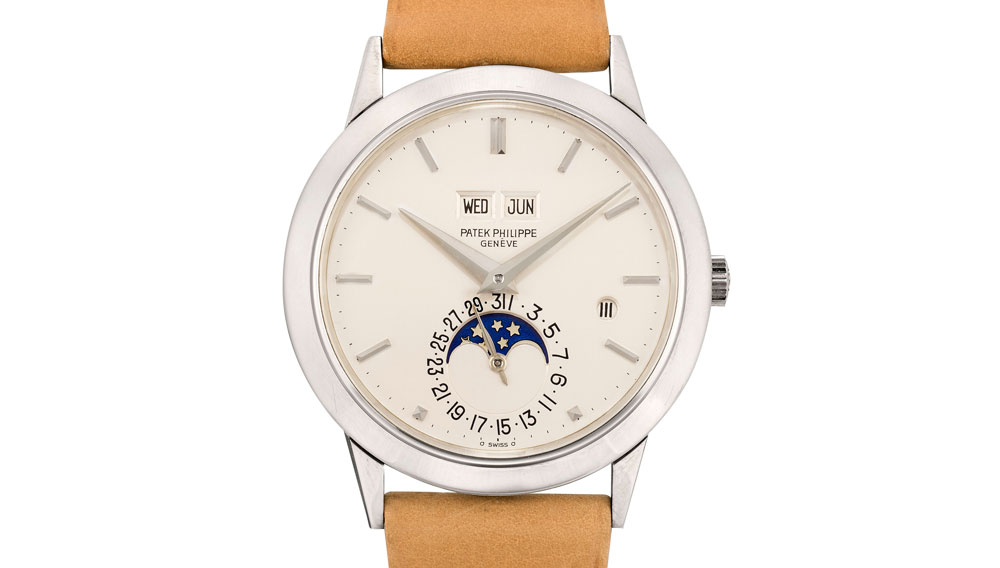 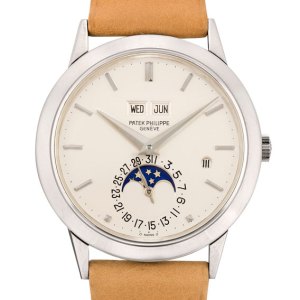 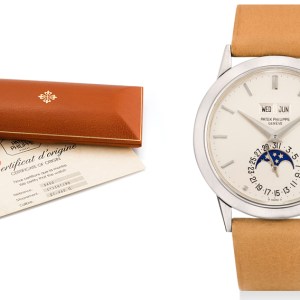 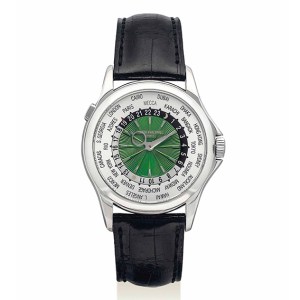 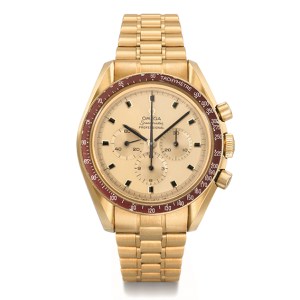 It is no secret that the high-end watch business is having a tough year. Global currency volatility, political turmoil in Russia and the Middle East, and softening demand in China—the industry’s biggest market—have all contributed to weaker sales. For the first time since 2009, exports are poised to remain flat or decline this year.

The vintage watch category, however, “is way hot,” says John Reardon, Christie’s global head of watches. “You can’t put a price on some of these pieces. At the end of day, there are two people and they go head to head and we see results in the headlines.”

If the highlights of fall’s watch-auction calendar are any indication, prepare to see plenty of record-breaking news between now and mid-December.

The season kicked off on October 6 with Sotheby’s Hong Kong sale, whose top lot was a rare 1968 Patek Philippe yellow-gold, world time wristwatch (Ref. 2523/1) that exceeded its high estimate to earn $930,000. Given that the Hong Kong market leans toward more contemporary wristwatches, pieces from F.P. Journe, Hautlence, and MB&F all blew past their low estimates.

On October 21, Christie’s picked up the pace with a Dubai auction timed to coincide with the inaugural Dubai Watch Week. According to Reardon, buyers in the region prefer “mostly modern watches, fairly priced, but it’s been interesting to see the growth of vintage in the Middle East—especially vintage Rolex.”

The sale—which comprised 160 lots, 30 percent of them vintage—led with a number of pieces by Patek Philippe, notably a rare platinum, limited-edition world time wristwatch (Ref. 5130P-015), with a special green dial honoring Mecca, that realized a price of $149,000.

In November, the “world cup of watches,” according to Reardon, descends on Geneva. First out of the gate is Phillips on November 7 with Only Watch, a biannual auction event that raises money for neuromuscular disease research. Having partnered with well-regarded auctioneer Aurel Bacs, cofounder of Bacs & Russo, Phillips’ watch department is poised to enjoy another stellar season. On November 7 and 8, the firm stages its second Geneva sale, spread across two evening sessions.

“I’d be lying if I said the watch market is the same as it was a year or two or five years ago,” Bacs says. “The vintage watch market is in constant development—it makes it fun and exciting, but means you have to constantly be on the pulse of the market to know the latest trends and pricing.”

The most important trend, Bacs says, has to do with “watches in extraordinary condition, of extraordinary originality.” He also cites the ongoing popularity of sports watches, represented chiefly by Rolex, but also by IWC and Jaeger-LeCoultre; a trend for classic, high-end gentleman’s watches with complications, “where Audemars Piguet and Vacheron Constantin have gained a lot of popularity”; and an emerging vogue for styles from the 1970s “where you see quirky shapes and colorful watches with tones of orange and brown.” The hoopla for ’70s timepieces means increased interest in brands like Zenith, whose legendary El Primero movement is an icon of the era; and Tudor, celebrated for its period chronographs.

“Needless to say, Patek Philippe is an evergreen,” Bacs adds. “It always has to be in mint condition and it has to be an original.”

Case in point: A 1940s split-second chronograph from Patek Philippe (Ref. 1436 in steel) is “the absolute star of the lot” at the Phillips Geneva sale, Bacs says. The piece carries a presale estimate of about $1.6 million to $3.1 million.

One of the sale’s charmers is a Rolex Submariner made in 1972 and later modified by Syd Cain, the British production designer who outfitted James Bond with some of his most memorable gadgets. The wristwatch, used by Roger Moore on the set of Live and Let Die, is, according to Bacs, “quite possibly, the world’s best-known Rolex.” Featuring a buzz-saw bezel and hyper-intensified (yet fake) magnetic field, the watch prop—estimated at about $154,000 to $257,000—is accompanied by Cain’s original drawings.

Meanwhile, at Christie’s Geneva sale on November 9, “expect fireworks,” Reardon says, “and not just at the high end. There are pieces estimated for $20,000 that we expect to see spirited competition for.”

An 18-karat gold Patek Philippe perpetual calendar wristwatch (Ref. 2497), once owned by Emperor Haile Selassie I of Ethiopia, is the piece to watch. Estimated at $520,000 to $1 million, the previously unknown reference is hailed by Christie’s as “one of the most exciting watch discoveries in years.”

Christie’s concludes the month with an Important Watches sale of 500 pieces in Hong Kong on November 30. One of the highlights is a collection of 60 timepieces created by Vacheron Constantin—from a tourbillon pocket watch to a diamond-set Lord Kalla wristwatch—honoring the firm’s 260th anniversary this year.

The very next day, on December 1, Phillips stages its inaugural Hong Kong auction, the Hong Kong Watch Auction: One. Expect to see rare pieces that reflect the enormous amount of detective work that goes into preparing a sale. Take, for example, one of the sale’s hottest properties: a perpetual calendar (Ref. 3450) made by Patek Philippe in the early 1980s.

However, according to legend, a white-gold model was made. Now, after many years, an example of this exceedingly rare timepiece has been found and will be offered for sale. “It’s like the Yeti,” he explains. “It exists, legends say that’s the way it is. And now, my colleague, Sam Hines, has one. It’s in mint condition, with the box and papers, and it’s coming from a superb private collection.”

Before Phillips was able to set the price on the white-gold timepiece, estimated to fetch between $1 million and $2 million, a lengthy discussion ensued. “How can you estimate something where there’s no precedent?” Bacs asks upon explaining the wide price spread.

In December, the watch market trains its gaze on New York, where both Christie’s and Sotheby’s stage their final sales of the year. On December 10, Sotheby’s Important Watches sale will highlight a vintage 18-karat gold Patek Philippe perpetual calendar chronograph from 1949 that is expected to fetch as much as $350,000.

And while Sotheby’s sale will be a single-day event, Christie’s is preparing for a watch doubleheader. The first auction, Omega Speedmaster 50, is a thematic auction scheduled for the evening of December 15 in New York.

“It’s the big anniversary of the first space walk, which happened 50 years ago, and we wanted to show the history of the Speedmaster from late 1950s all the way to today,” Reardon says. “You can buy an incredible piece of history for under $10,000.”

The house’s regular New York auction takes place the following day, December 16. Once again, Patek Philippe dominates the offerings. One truly unusual piece from the Geneva watchmaker, dubbed “The Pearl of Bahrain,” is expected to start a bidding frenzy. An 18-karat pink-gold wristwatch—boasting hour markers formed by natural seed pearls harvested off the coast of Bahrain—the Ref. 2573 model was a gift from Emir Salman bin Hamad Al-Khalifa I of Bahrain to the American consignor.

“It’s a bridge between the Middle East and America,” Reardon says. “The Americans will want it, Patek collectors will want it, and Middle Eastern collectors who’ve never owned a vintage watch will want it. The day we received the extract back from Patek confirming the piece, we were blown away. That’s what’s so exciting about my job: There are still pieces out there yet to be discovered.” (christies.com; phillips.com; sothebys.com)