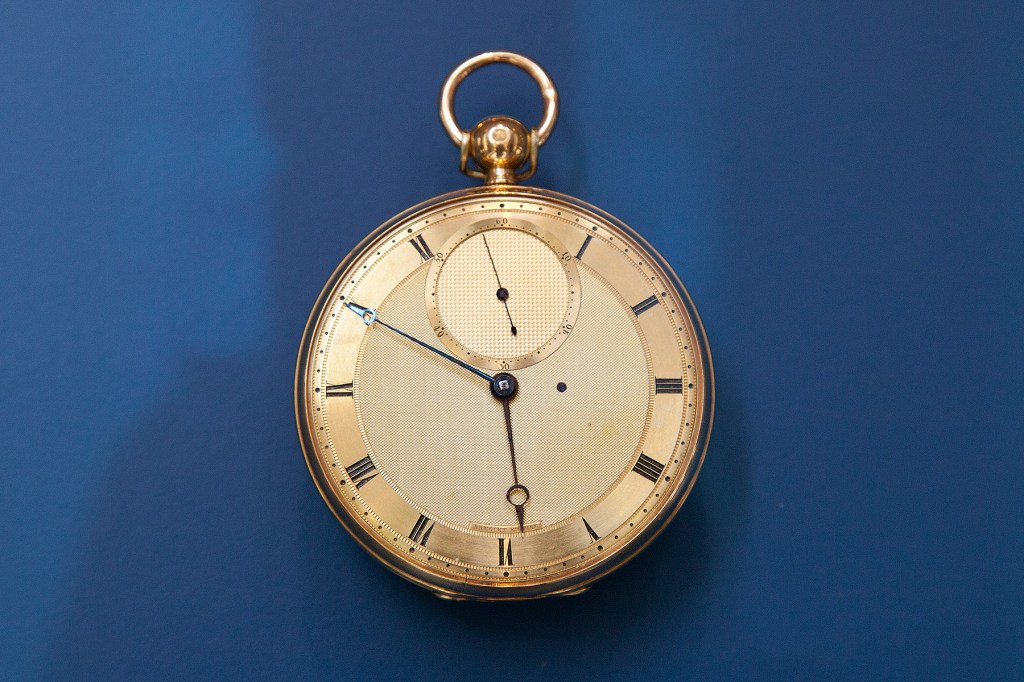 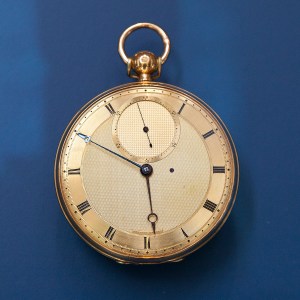 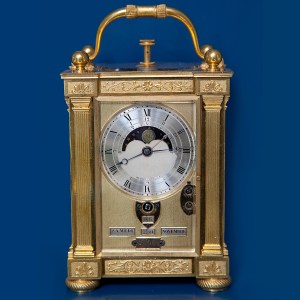 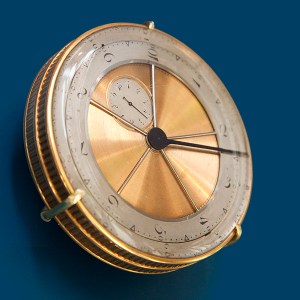 A truly enviable collection of antique timepieces is on view at a yearlong exhibit, “Precision and Splendor: Clocks and Watches at The Frick Collection.” Shown in the museum’s new Portico Gallery, which has floor-to-ceiling windows facing the Frick’s courtyard and Fifth Avenue, it features 11 clocks and 14 watches, spanning the 16th to the 19th centuries, from the meticulously edited from the late Winthrop Kellogg Edey’s collection of more than 40 pieces.

In his time, Edey moved seamlessly between New York’s uptown and downtown scenes, hanging around the Village with Andy Warhol (who included Edey in his 1963 film The 13 Most Beautiful Boys) and staying up all night studying clocks alone in his Upper West Side townhouse. Edey also fostered friendships with key players in the city’s art museums, including the Frick. Upon his passing, in 1999, he bequeathed his collection of clocks and archives to the Frick Collection.

The exhibit highlights a set of three timepieces from Abraham-Louis Breguet and his son Antoine-Louis Breguet, whom Edey greatly admired for their achievements in watchmaking. In the diary that Edey kept from the age of six, he documented each of his acquisitions and wrote that Abraham-Louis Breguet was “the genius of his age, perhaps the most outstanding horologist of all time.”

Of the three Breguet pieces, the showstopper is a modern-looking watch that features the short-lived decimal system, which was introduced during the French Revolution to divide the day into 10 hours and the year into 10 months. The Frick’s literature emphasizes the rarity of the piece: The decimal system was abandoned in less than 18 months, so very few watches exist that use it. Revealingly, the former owner of the timepiece had the watchmaker recreate the traditional 12-hour movement on the back. It’s a one-of-a-kind piece.

The exhibit isn’t large, but watch enthusiasts will find it easy to spend an afternoon with the pieces. And one shouldn’t leave before stopping by the Frick library for a look at Edey’s archives, a well-kept secret among the Frick staff and a coveted resource for serious collectors.