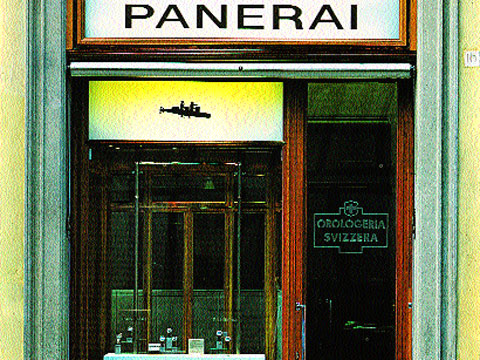 With histories that are measured in centuries, venerable brands Patek Philippe and Girard-Perregaux can easily justify having their own museums. But Officine Panerai? Some might say a museum is a bit presumptuous for a company that produced only 300 wristwatches exclusively for military purposes between 1938 and its entry into the consumer market in 1993. Still, in the last nine years, the brand has cultivated a devoted following that eagerly consumes a very serious 20,000 pieces per year.

While it may seem a recent phenomenon, Officine Panerai was actually founded in 1860 as a company that produced and maintained precision instruments in the fields of horology and optics. Panerai’s long-term collaboration with the Royal Italian Navy and its success in creating quality measuring devices—including chronographs for the military, calculators, torpedo timers, aiming sights, and similar apparatus during World War I—have remained intrinsic to its corporate identity, even after it was purchased in 1997 by Cartier parent company the Richemont Group.

“We have a true history made by heroes,” says Officine Panerai Chief Executive Angelo Bonati, explaining the impetus for the museum, which opened last summer above the brand’s original and recently renovated shop in Florence, Italy. “On one hand, our museum is a way to witness what took place in the past and to show how we are faithful to this history. On the other hand, we are able to look at the future, always being respectful of what has been done before, following the teaching of the past, so as to be inspired. After all, we are a workshop of ideas.”

Because Officine Panerai produces a bewildering array of limited editions, and because the brand’s devotees tend to collect multiple Panerais rather than settle for one or two, it seemed only natural that it should create a permanent showcase for these rare models.

The upstairs chamber of the store, which is located directly across from the city’s cathedral, has been converted into a handsome archive that displays some of the rarest pre-1993 pieces, examples of every major post-1993 model (including the ever-appreciating Sly Stallone-commissioned Slytechs), and a fine array of limited editions (up to and including the 2002 offerings for shotgun deity Purdey). But the historical elements are what attract the brand’s tifosi, or fans. Bonati is particularly proud of the collection’s most valuable and precious piece: the first prototype watch made for the navy with its hallmark Roman figures. “It has no price!” he declares. The museum also showcases not one, but two of the massive and highly desirable diving watches made for the Egyptian navy in the 1950s, plus original Radiomirs, early dials displayed individually to show the multistage manufacturing process, prototypes from every period, watchmakers’ lathes, model submarines, depth gauges, compasses, flashlights, and more. Even the cabinetry itself has a nautical flair, using portholes to feature many of the historical pieces.

As expected, the store and museum act as a magnet to Panerai’s loyal collectors. “I think the collector is always looking for something more,” says Bonati, “and the museum gives him the opportunity both to check the authenticity and to discover something new about the brand.”