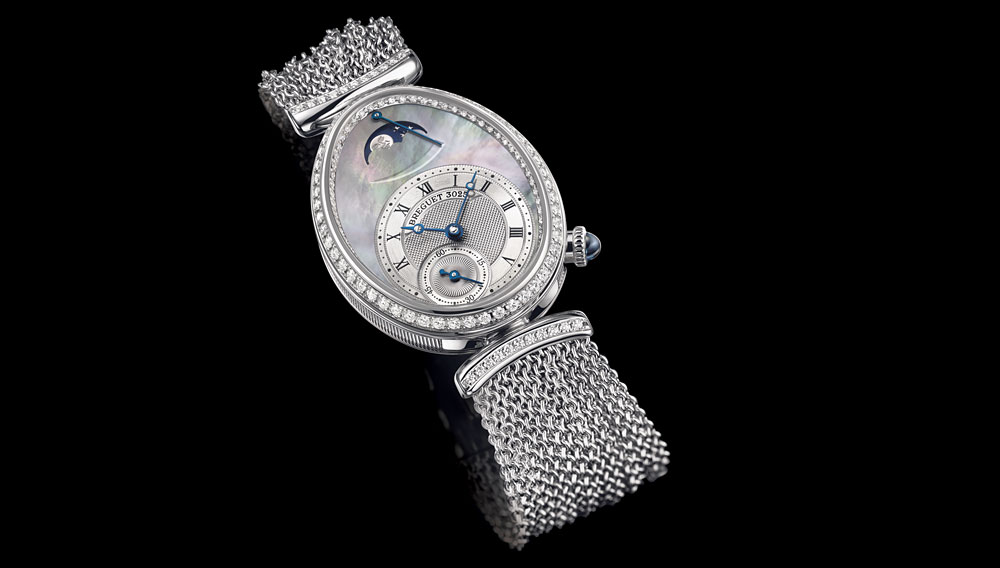 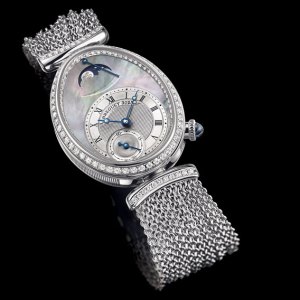 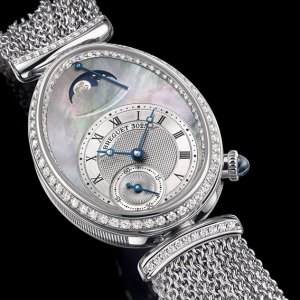 Unlike many re-creations of Abraham-Louis Breguet’s past work, Breguet’s highly popular Queen of Naples model should more properly be considered an interpretation of the original. The actual timepiece delivered to Napoléon’s sister, Caroline Murat, was lost later in the 19th century, and the company had to reconceive it from its archives, which are highly detailed on some points, yet ambiguous on others. A description of the watch as an “oblong repeater for bracelet” has driven many qualities of the model, including the original egg shape and the sonnerie complication added a few years later. The latest version of Queen of Naples ($71,700) reflects the probability that the original was one of the first—if not the first—timepieces worn on the wrist. A repair register from 1849 describes a “wristlet of hair woven with gold thread.” The fine gold chain on the new watch might not be a literal interpretation of the original materials, but it is an equally delicate and probably more palatable alternative.