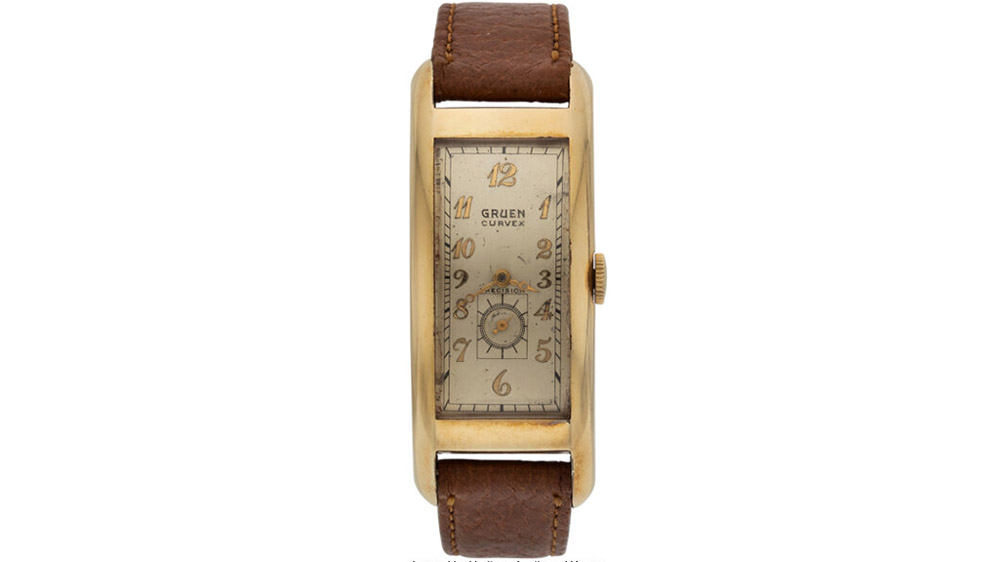 A Gruen Curvex given to Wagner when he was inducted into the Baseball Hall of Fame in 1939 is currently up for bid at Heritage Auctions. Wagner’s personalized keepsake is one of just 11 examples of the timepiece, making it one of the rarest baseball collectibles of all time.

If you’ve ever wondered why collectors consider Wagner’s T206 card a “holy grail” it’s due in no small part to the fact that he was one of the game’s best players during its first century. The Flying Dutchman remains one of the finest offensive shortstops of all time despite all the changes baseball has gone through since he hung up his cleats more than a 100 years ago. His 21-year career is so storied that he was one of a quintet of players elected to the Hall of Fame as part of its inaugural class in 1936 (he tied for second with Babe Ruth behind Ty Cobb on the initial ballot).

Although he was elected in 1936, Wagner wouldn’t be publicly honored until the Hall’s grand opening on June 12, 1939, which was part of the sport’s centennial celebration. That day he and the other 10 living Hall of Famers—including Ruth, Cy Young and Walter Johnson—who attended the ceremony were presented with their own personal Curvex, according to the auction house. This particular example features an engraved caseback that reads, “Presented to Honus Wagner, Member of The Hall of Fame, Baseball Centennial, 1839-1939.”

Despite being nearly 83 years old, the original crystal on on Wagner’s watch remains clear and uncracked. The dial beneath it, along with its golden numerals, is also in relatively good shape, as is its hand-wound movement. The watch has seen a fair bit of wear, of course, and no longer features its original strap. What makes it so important is who owned it, though, and it comes with a letter of provenance from an acquaintance of the Wagner family.

Whatever it goes for, it’s likely to be a downright bargain compared to the T206 baseball card—even one that’s torn in half.