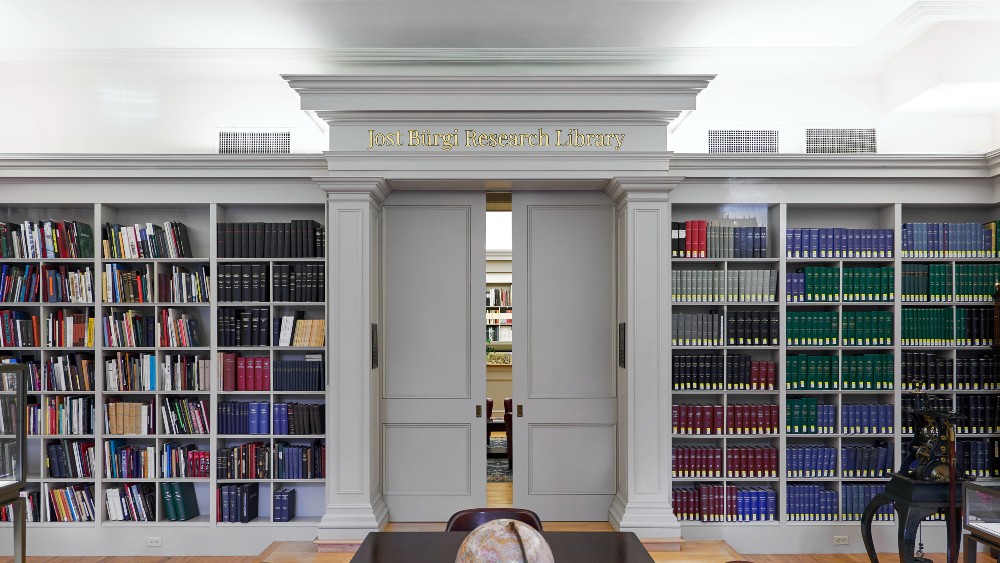 The Horological Society of New York

When the Horological Society of New York (HSNY) was created in 1866, establishing a library was one of the first initiatives agreed upon by its founders. The modest collection served the organization for 150 years with original texts donated by its members. Now, thanks to an endowment from a longtime collector possessing one of the biggest privately owned assortments of horological materials, the HSNY is home to one of the world’s largest horological libraries.

Horological scholar and Chairman of the National Watch and Clock Library Fortunat Mueller-Maerki spent 30 years traveling the world and purchasing horological resources including books, periodicals, audiovisual materials and other rare ephemera on all aspects of the study of time and timekeepers.

“It was my hope to build a library that would one day serve the greatest number of people,” said Mueller-Maerki. “Housing it in Manhattan under the care of the Horological Society of New York is a donor’s dream come true.”

The new Jost Bürgi Research Library is housed in a 2,000 square foot space in the heart of Manhattan on the fifth floor of the General Society Building of Midtown’s historic “club row” where the HSNY is headquartered. Named by Mueller-Maerki after innovative Swiss clockmaker Jost Bürgi, it contains nearly 800 linear feet of custom-built shelf space housing over 25,000 horological items. These include auction sales and trade catalogs, periodicals, academic and technical articles, brochures, advertising materials, posters, postcards and a rare book collection with first editions and treasures dating as far back as 1652.

The HSNY’s Jost Bürgi Research Library is open to the public Monday through Friday from 10am to 5pm EST. On staff is HSNY’s full-time librarian, Dr. Miranda Marraccini, ready to assist with research requests. Walk-ins are welcome, but appointments are encouraged for research and can be made right here. For those outside New York City, you can also browse the online library catalog.