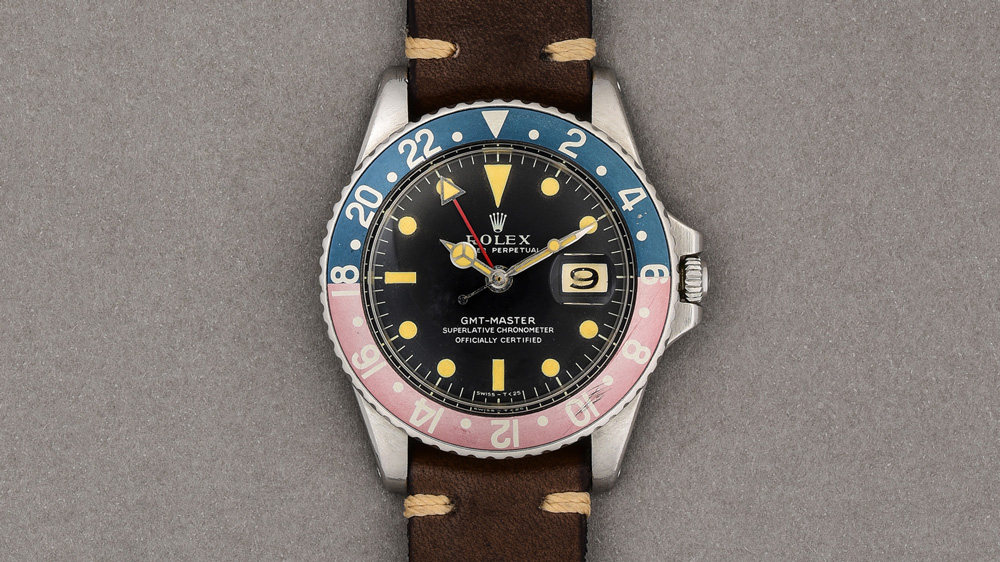 As prices for vintage watches have skyrocketed in recent years, new and more sophisticated forms of restoration have evolved. Not surprisingly, the market can be difficult for emerging collectors to understand. After all, it’s likely that no one anticipated that these little mechanical wrist-worn objects would potentially be worth the thousands, hundreds of thousands, and even millions they are today when they were initially produced. As a result, how watches have been cared for—including the cleaning of dials, polishing of cases, and reapplication of luminous material or “lume” to dials and hands—can have a drastic effect on value today.

Need to unravel this complicated business? Eric Wind can be of some help. Wind made a name for himself as the senior specialist of watches at Christie’s and as a contributor to industry-specific watch sites. Most recently, he’s been forging a new path at his venture Wind Vintage—a site for highly curated, vintage, and pre-owned timepieces. He also serves as a consultant to numerous collectors looking for expert advice on building their collection. And, Wind says, he’s discovered some of his clients had no idea what they were buying. In the wild world of watch collecting, restoration can be a murky business, and many collectors are unaware of how face-lifts can significantly devalue a timepiece.

We spent some time with Wind to get some tips on things collectors should be paying attention to when it comes to watch collecting.

“Until approximately 1960, there were a few high-end Swiss watch companies—most notably Patek Philippe—that used champlevé enamel signatures on the dials of most of their watches. The black enamel signature is raised above the dial. The positive is that the signature will not fade with sunlight. However, in the past, and continuing to this day, some manufacturers will clean the dial with sandpaper and/or an acid wash.

Manufacturers can use fine sandpaper to clean a dial and make it look new. The negative of this process is that it removes metal from the dial, making the enamel signature sit higher on the dial, creating lines across the dial (usually vertically), and making the dial a bit shinier. Acid washes can make the dial a bit more ‘lifeless’ in color.

“Unpolished cases, particularly on Rolex sports models, are extremely rare to find as it was common practice for watchmakers to buff and polish cases when the watches came in for service. This process would make the cases look shiny and new, but it removed metal and changed proportions. With more education in the market about how an unpolished case should generally look, a huge industry has developed around restoring Rolex cases to make them look ‘unpolished’ like when they originally left the factory. This work involves polishing the edges of the case to add bevels or ‘chamfers.’

Where this work gets problematic is when this case restoration is done and then dealers and auction houses advertise a watch as ‘unpolished’ or even ‘new old stock,’ either knowingly or unknowingly. It takes an experienced eye to identify whether or not this has been done, including identifying the type of brushing that should be on the top of the lugs and/or the sides of the case as well as examining the bottom of the lugs also known as the ‘feet.’ Still, whether a watch is unpolished or restored can also be a matter of debate.”

“Luminous material or ‘lume’ is the subject of strong attention from collectors. Lume is used on watch dials and in hands to help make it possible to read the time at night. Up until approximately 1962, the primary luminous material used was radium. After that, the Swiss watch industry primarily used tritium until the 1990s, when there was a transition for most companies to use Luminova and SuperLuminova.

It was common for manufacturers to replace hands and/or repaint dials and hands with newer, better lume in order to make a watch easier to read the time at night, as a tool, or to replace material like radium for health reasons. However, a watch that has had the lume repainted on the dial and in the hands can be worth a fraction—say 10 percent or less—of what the watch would be worth if it had the original lume.

As a result, there are many who will repaint lume with old tritium or radium in order to make a watch appear to be fully original, both in terms of how it looks normally and also under ultraviolet light, which will glow differently in terms of color and consistency depending on the mixture and year range. In the case of radium, it reads on a Geiger counter, and people sometimes work to add the appropriate level of radium to a dial in order to get a comparable reading to original examples.

This can also be an area of debate and speculation, with some disagreeing whether or not a particular watch has been ‘relumed’ based on color, size, and consistency of the lume; how it looks under UV light; and how it reads on a Geiger counter [if it is radium lume].”

“Collectors—even advanced collectors—often don’t understand how rare it is to find ‘mint,’ ‘untouched,’ and ‘unpolished’ watches. Very few watches are in that condition since they were purchased as tools. Few people would go and purchase a watch, particularly a steel sports watch like a Rolex Submariner or Omega Speedmaster, only to hardly wear it. Today, many of the watches we see on the market, including at auction, have been restored, even with replacement of integral parts such as dials, hands, bezels, pushers, and crowns.”